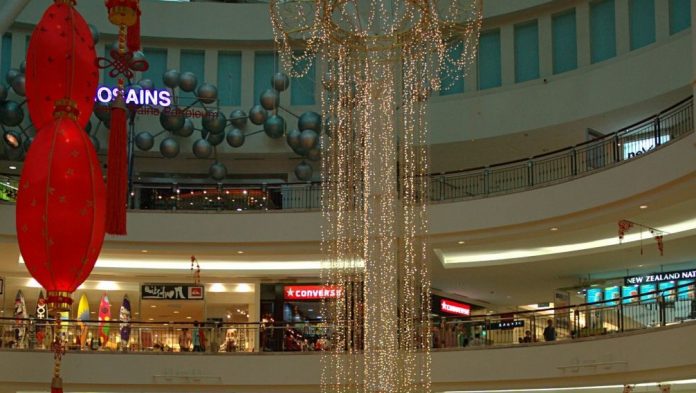 You know how the media tries to portray Gaza as a poor, rundown refugee camp?

The gleaming Capital Mall appears to be thriving. Thousands of Gazans have visited in recent weeks, buying shoes and clothes from the Turkish chain “De Facto,” searching for gifts and school supplies in the bookstore and heading up to the fourth-floor food court to enjoy burgers, pizza and ice cream.

There are stores that sell perfume and makeup, home decor and mobile phones. People can often be seen stumbling and giggling as they ride an escalator for the first time.

See: APCorrects on Gaza’s “First” Mall  Initially, AP referred to the newly opened facility as the “first indoor shopping mall in the Gaza Strip.” The new Capital Mall is the largest in Gaza, but it is not the first. Two smaller facilities were opened in 2010 and 2011.