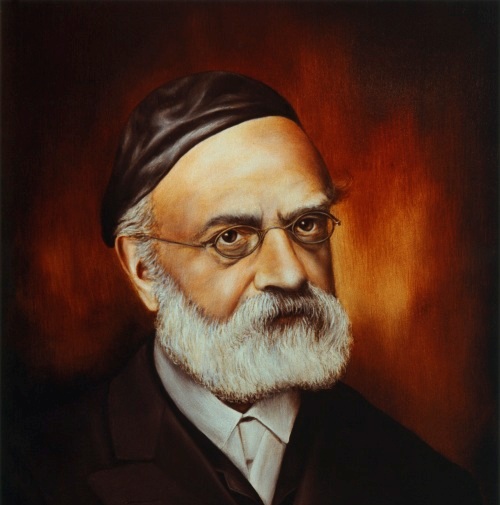 The basis for awareness of G-d is not faith. Faith allows for an element of doubt. Rather, its basis is the evidence of your own senses, what you yourselves have seen with your own eyes.

The Torah uses exactly the same words to refer to yetzias Mitzrayim as to Matan Torah: v’atem ra’isem. The two fundamental truths on which all of Judaism rests stand entirely on the basis of actual evidence of the senses. Since they were seen, heard, felt and experienced simultaneously by so many hundreds of thousands of people, any possibility of deception is ruled out.

Accordingly, these two fundamental truths share the highest degree of certainty; they transcend mere opinion and belief. They belong to the realm of knowledge and facts, as certain as our own existence and the existence of the world we see about us. They should serve as cornerstones of all our other knowledge.

And what is the factual basis for these basic truths? The Torah refers to yetzias Mitzrayim, a fundamental event we witnessed with our own eyes. More than any other nation, we owe Hashem everything. All Mitzrayim had taken from us was returned to us by Hashem Himself: our personal individuality, the right to acquire possessions, and the possessions themselves. Consequently, He alone rules over our lives and our property, and we belong only to Him.

On this condition, we were liberated and granted independence. Only total subservience to Hashem frees us from servitude to man. We left avdus Pharaoh, and entered avdus Hashem. In Hallel, our national anthem, we sing “Ani avdecha ben amasecha, pitachta l’moseirai”—I am Your servant from birth, for You opened the chains of my slavery.

A segulah is something that has no relationship to anyone except its owner. Applied to our relationship with Hashem, it sets a fundamental condition: we are completely and exclusively His, in every aspect of our nature, in all our aspirations. Our existence is dependent upon Him alone. He, and no other force, should shape our way of life.

Why? Ki li kol ha’aretz. Ours should not be an exceptional relationship, it should exist between Me and everyone on earth. All mankind is Mine. All nations are Mine. I am educating them to become Mine.

To achieve this, you must become My mamleches kohanim and goy kadosh. Each and every one of you is to be a kohen, by allowing your actions to be regulated by Me and by accepting ol malchus shamayim and living up to it. Through your living example, you spread knowledge of Hashem. The impression made by your community should be a goy kadosh, holy to G-d. You must be a unique nation, a people that does not seek to achieve its own glory, but the establishment of Hashem’s kingdom on earth.

Please note: The “Gem of the Week,” is based on excerpts from Rav Shamshon Raphael Hirsch zt”l’s commentary on Chumash, with permission from the publisher.