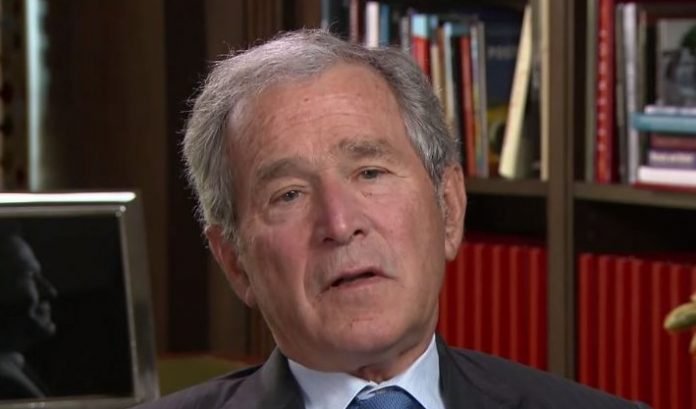 Former President George W. Bush criticized the Western withdrawal from Afghanistan in an interview with a German broadcaster released Wednesday, saying he fears that Afghan women and girls will “suffer unspeakable harm.”

Asked in an interview with German international broadcaster Deutsche Welle whether the withdrawal is a mistake, Bush replied: “You know, I think it is, yeah, because I think the consequences are going to be unbelievably bad.”

The war in Afghanistan began under Bush after the Sept. 11, 2001 attacks on the United States. Washington gave Taliban leader Mullah Omar an ultimatum: hand over al-Qaida leader Osama bin Laden and dismantle militant training camps or prepare to be attacked. Omar refused, and a U.S.-led coalition launched an invasion in October.

The withdrawal of U.S. and NATO troops set in motion earlier this year by current President Joe Biden is now nearing completion. Taliban fighters have been surging through district after district, taking control of large swaths of the country.