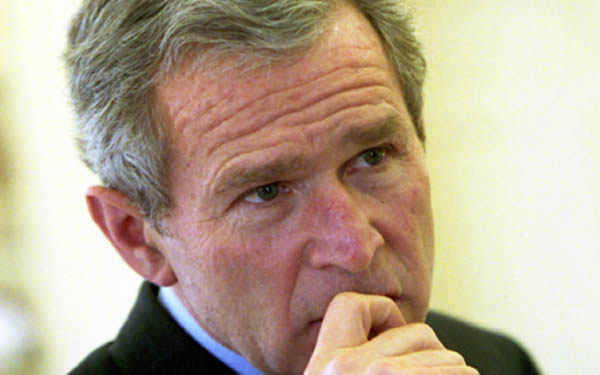 George W. Bush and his wife Laura Bush both voted for neither Donald Trump or Hillary Clinton, their spokesperson said Tuesday afternoon. The statement came hours after right-wing radio host Rush Limbaugh declared that he was “told” the former president and first lady both cast their ballots for Clinton, the Democratic candidate.

According to the spokesperson, the Bushes left the presidential line empty and only cast votes for down-ballot Republicans. The former president and his father, fellow former commander-in-chief George H.W. Bush, have both been outspoken in their opposition to Trump’s candidacy. Last month, George P. Bush, nephew to W. and son of Jeb Bush, told a crowd that his uncle will likely vote for Clinton. Read more at the WALL STREET JOURNAL.