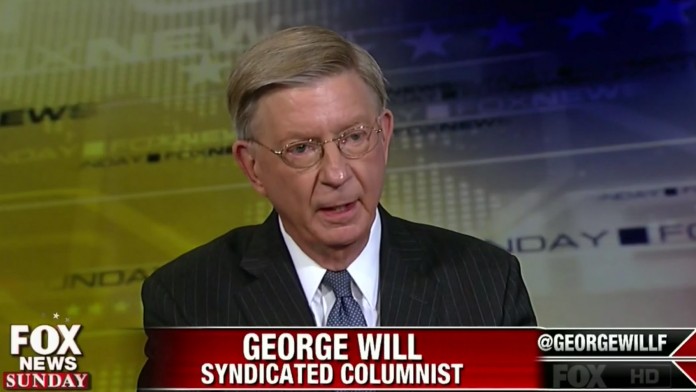 Conservative columnist George Will has left the Republican Party over its presumptive nomination of Donald Trump.

Will, who writes a column for The Washington Post, announced his decision Friday at an event for the Federalist Society in Washington, the news site PJ Media reported.

“This is not my party,” he told the audience, according to the site. He said that he has changed his voter registration from “Republican” to “unaffiliated.”

Will has been an outspoken critic of Trump for months, and a major proponent of the “Never Trump” movement. In April, he wrote a column with the headline, “If Trump is nominated, the GOP must keep him out of the White House.” In response, Trump called Will “a major loser.”

Speaking with PJ Media Friday, Will said that it was too late for GOP to nominate someone who isn’t Trump. Instead, he said, Republican voters should just “make sure he loses,” then “Grit their teeth for four years and win the White House.”