Geraldo Rivera doubled down on his incendiary comments about Trayvon Martin during a Friday appearance on “The O’Reilly Factor,” saying that hoodies reminded people of criminals like the Unabomber and thus put them in danger.

The Fox News host caused a firestorm on Friday morning when he said that Martin was shot to death in part because he was wearing a hoodie. “I’ll bet you money, if he didn’t have that hoodie on, that nutty neighborhood watch guy wouldn’t have responded in that violent and aggressive way,” he said.

Instant outrage, and a fair amount of ridicule, followed. Rivera admitted that his own son told him he was ashamed of him. But he stood staunchly behind his comments when speaking to O’Reilly. The two began talking about New York’s controversial “stop and frisk” laws, which disproportionately affect people of color. Rivera said he supported the laws, and then brought up hoodies again.

“I’m telling you, half of it is the way the young men look,” he said. “…If a cop looks at three kids on the corner, and they’ve got those hoodies up — and this is where I got in trouble with the Trayvon Martin case — if they’ve got those hoodies up, and they’re hanging out on the corner, the cops look at them and say, ‘Hmm, hoodies. Who else wears hoodies? Everybody that ever stuck up a convenience store, D.B. Cooper, the guy that hijacked a plane, Ted Kaczynski, the Unabomber…'”

“Parents, don’t let your kids go out wearing these —- hoodies!” Rivera continued. He called the negative association with the clothing “repugnant” but said it was “reality.”

Rivera also kept defending himself on Twitter: “Critics of my hoodie comments think they’re mad at me but they’re really mad at the undeniably unfair reality of young male black/brown life.” 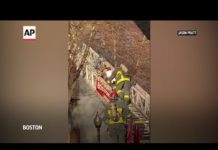 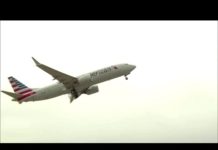