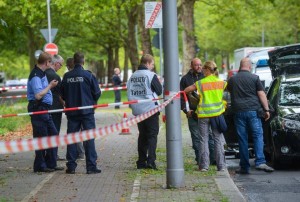 A “suspect Islamist” has been shot dead in Berlin after attacking a policewoman with a knife. The 41-year-old Iraqi man wounded a police woman, authorities say, after acting belligerently towards passersby.

The suspect appears to be Rafik Mohamad Yousef, identified as “Rafik Y.” by authorities, convicted in 2008 of plotting an attack on former Iraqi prime minister Iyad Allawi. He was also convicted of belonging to militant group Ansar al-Islam, and is believed to have removed his electronic monitoring bracelet. Read more.