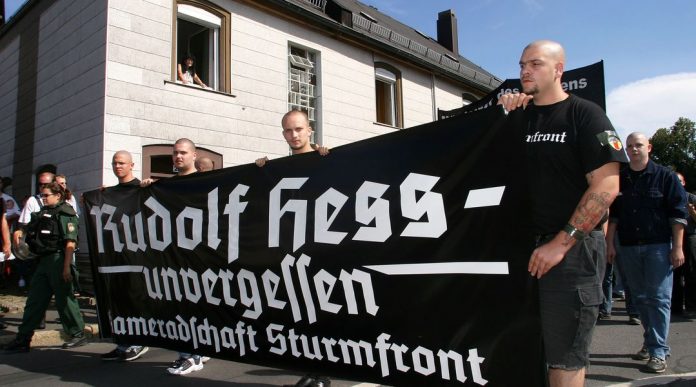 But that wasn’t the case in Ostritz, Germany, over the weekend.

The approximately 600 neo-Nazis who descended on the town, which lies close to the Polish border, for a hate music festival on the occasion of Hitler’s 130th birthday discovered to their horror that there was no beer on tap.

German police seized 4,200 liters of beer in Ostritz on Friday, then 200 liters more on Saturday.

Locals also bought more than 200 crates of beer in the town’s supermarkets, to pre-empt the neo-Nazis attending the “Shield and Sword” (SS) festival from making purchases, after a court in Dresden banned the sale of alcohol at the event.

An Ostritz anti-Nazi activist, Georg Salditt, told Germany’s Bild daily: “The plan was devised a week in advance. We wanted to dry the Nazis out. We thought, if an alcohol ban is coming, we’ll empty the shelves at the Penny [supermarket].”

About 1,400 police were deployed at the festival, including hundreds from other parts of Germany. Saxony regional police said the operation went smoothly and there were only a few minor incidents.

Ostritz residents opposed to the Nazis were planning to mark their success with a drink or two.

“We are glad that we could set an example for citizen engagement,” Michael Schlitt, one of the organizers of the local counter-protest, told the German news agency dpa.

“We will be celebrating a nice party soon,” Schlitt added.