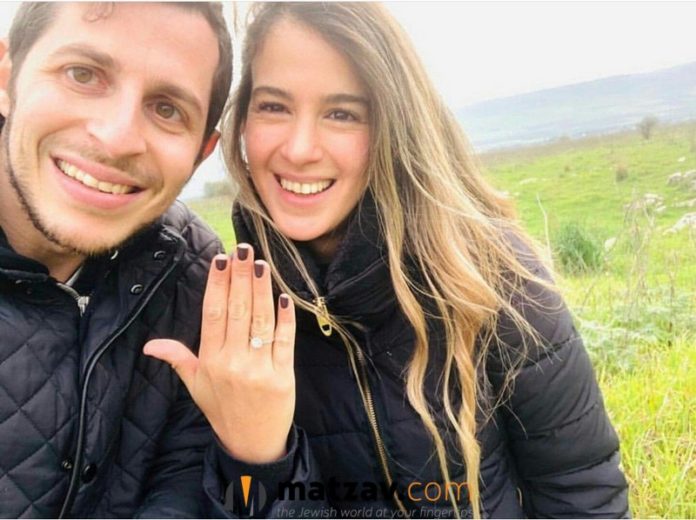 Gilad Shalit, the Israeli soldier who was captured by Hamas terrorists in 2006 and held captive for over five years until his release in October 2011, is now engaged.

Shalit’s kallah is Nitzan Shabbat, to whom he proposed on Erev Shabbos.

The 24-year-old Shalit was captured in 2006 near the Kerem Shalom crossing in Israel, and held by Hamas as a hostage at an unknown location in the Gaza Strip.

Shalit was the first Israeli soldier captured by Palestinian terrorists since Nachshon Wachsman in 1994. Shalit, having a rank of Corporal in the IDF’s Armor Corps at the time of his capture, was promoted to Staff Sergeant, Sergeant First Class, and then Sergeant Major on the eve of his release.

Shalit was born in Nahariya, Israel, to Noam and Aviva Shalit. He has an older brother and a younger sister.