Five years ago, the inaugural Cycling for Peace group bike ride started by the municipality of Acre (Acco) was dedicated to then-captive soldier Gilad Shalit. This year, organizers were excited to have Shalit leading the pack of about 500 cyclists on a 36-kilometer ride from the Shalit home to the multicultural seaside town of Acre, in northern Israel.

About 150 Arab Israeli citizens joined the ride on May 4 – the biggest turnout yet – showing that at least the wheels of peaceful intentions are rolling in the Arab and Jewish communities.

While Jews and Arabs live in relative harmony in mixed cities like Jaffo next to Tel Aviv, and Acre in the north, there are few opportunities to engage in face-to-face recreation and camaraderie. The two populations interact in the marketplace but beyond that they tend to stick to their own sides.

“It is very emotional,” recalls Lydia Hatuel-Czuckerman, the director of sports activities for the city. “Jews and Arabs are participating together each year for peace and tolerance. And accepting one another and living together as two nations. This is the idea behind this kind of event,” she tells ISRAEL21c.

It was her idea to see if Shalit could come along. “We dedicated the ride in the past to Gilad Shalit with lots of hopes and wishes for his return. This year it was natural to ask him to join us.”

Shalit rode at the front of the group with the leaders, and when the riders pulled into predetermined stops they were met with cheers from the local communities.

Ranging from the age of two – a young girl towed by her dad -up to 60 years of age, the Arab cyclists accepted the idea of riding with Gilad “very beautifully,” Hatuel-Czuckerman says. The complicated reality for Arabs in Israel often translates into divided loyalties, so it’s not to be taken for granted that Arab Israelis would join the ride in such numbers.

‘We all love him’

Starting at Shalit’s hometown of Mitzpe Hila and continuing through Nes Ammim and Regba to pick up additional riders before reaching the final destination of Lily Sharon Park in Acre, the ride started at 9:00 in the morning and lasted until about 1:30 in the afternoon.

At the starting point, Shalit was the undisputed star of the show, Hatuel-Czuckerman reports. Cycling for Peace was the first opportunity for the crowds of people who had followed his story to actually see him since his release in a prisoner swap last October.

“We all love him and wanted to take pictures with him,” she says. “He was very nice. He was very polite and understanding and patient with everybody, and when he came to Nes Ammim there were about 200 who waited there and greeted him with clapping hands.”

Shalit, although he was in very frail condition when he was released by Hamas in the Gaza Strip after five years of captivity, did very well on Cycling for Peace. “He rode with us all the way, was among the first in the group, and he is in really good shape,” says Hatuel-Czuckerman.

When the peace riders rolled into Acre, they were met with refreshments, prizes, a cycling show and live music.

The sporty side of peace

Hatuel-Czuckerman who also runs the Israel Or Association for Fencing, sees much peacemaking potential in sports. “I think it is the best way to make peace because in sports there is a common interest to all the people,” she says.

“And when you are on teams – this could be on bicycles, on the track, fencing or when playing basketball, and you can see this especially in Acre – you can find Jews and Arabs participating together. They are training together, behaving like family to one another and respecting each other. It’s beautiful,” she says.

“Athletes can be friends. When you see them not playing together, they are usually ordered not to, like between Israel and Iran. If you ask the athletes directly, I am sure they would be willing to participate.” 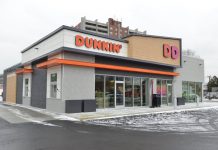 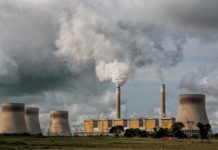