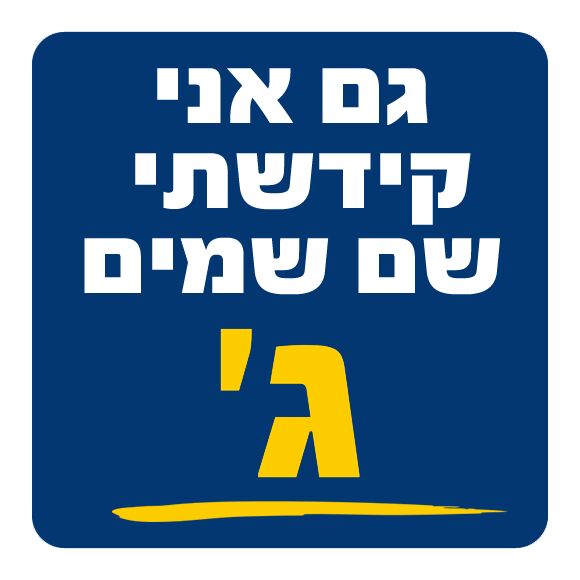 It baffles the mind. Israel is actually holding another election. If the prospects for  the upcoming  campaigns  would vary, even slightly, from the first two, perhaps there’d be some motivation to get involved.  But for the third time in a  year, “thrice the price”, with an added deficit of millions of desperately needed shekalim, we are back to square one.  Nothing has changed. It’s the same politicians at each other’s throats, making incessant  campaign promises that are either outright lies, total hypocrisy or simply  delusional.

It’s become a kid’s game. Little children bicker over who gets to be king, and adults, apparently mature enough to lead a country, squabble  and banter about their rights to the throne. If the voice of sanity and reason would ever set in, society would surely disqualify anyone who claims that they alone have what it takes. When it comes to the fate of millions, sorry, there is no room for childish arrogance or  immaturity.

But alas, we’ve returned to a standoff with no end in sight. The pollsters prophesize both major parties at an impasse, with one or two extra  seats for one or the other. Lieberman has unfortunately never been clinically diagnosed but he is definitely suffering from either a severe midlife crisis, unsure if he identifies with the right or left, or, there is a strong possibility that bipolarism may run in his party’s  leadership.

And then there is us. Frum people officially affiliated with our party, but questioning the necessity of investing more time, energy or even the slightest concern, in a political debate that is bound to end in deadlock. What motivates us to show any interest in yet another election campaign? It won’t be the stickers; that’s for sure. Banners and potchkivilin might excite the kids for a fleeting moment, but chances are, they too are apathetic, just like us. (When adult politicians act like children, children start thinking like adults!)

But there is one component  of  the fray that motivates action. It must.

Presently, we are confronting an element of risk like never before. Leftists, liberals and self-hating Jews have always been lurking in the distance, their threatening voice looming too close for comfort. But in this past year alone, they’ve upped their game. They are not merely spewing hateful banter. Cities throughout Eretz Yisroel have begun  bus services on Shabbos. Let us not be naïve; in the hallowed confines of Eretz HaKodesh, this blatant audacity is a tremendous Chilul Hashem. The same can unfortunately be said for the encroaching influence of the reform movement and their numerous proxies (think Women of the Wall) seeking to obliterate all sanctity from the Makom Hamikdash and other Mekomos Hakedoshim.  Their battle does not end with Holy sites. They’ve set their sights on the  Rabbanut’s halachic authority over Geirus and Gittin, the fundamental foundations of Jewish continuity.  The very future of Klal Yisroel is on the wire. Not some  day in the future, not soon…now. Perhaps many of us are ignorant, oblivious or blind to the drastic consequences   of these dangerous precedents and are not pained by what we don’t know. But we dare not remain idle or silent to the  heart-rending  thought that in a Jewish State, representing the Jewish people, there is such a vociferous movement to   eradicate and erase Toras Hashem, His will and His way. The political standoff might not sway us,  but the terrible void, the painful Chilul Hashem, must surely elicit an outcry. This time, it’s not about politics. This time it’s not about seats in the Knesset. This time, it’s about standing up for Hashem, standing up for Kedushas Eretz Yisroel and restoring the glory of  Kavod Shamayim.