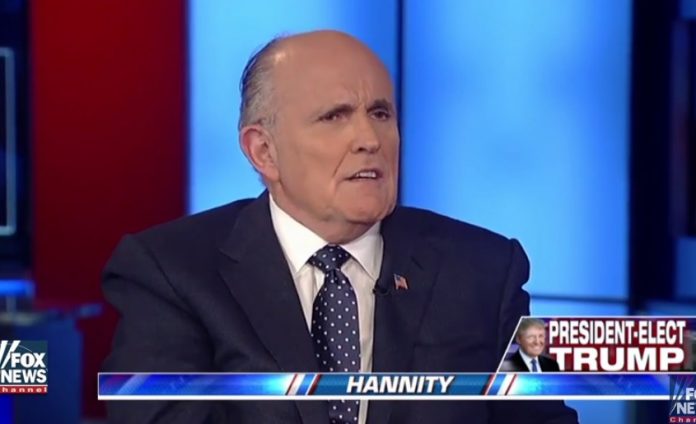 The mainstream media has been involved in its “usual coverup” of the “criminality” of Democrat presidential nominee Joe Biden and his family when there is “so much evidence that the Biden family has been taking money illegally for many, many years,” President Donald Trump’s personal attorney Rudy Giuliani told Newsmax TV Thursday.

“Now we have [Hunter] Biden’s own text messages to his father, to others, which make it clear they were stealing money, taking money from countries like Iraq, Ukraine, China, Romania, don’t forget Moscow, the $3.5 million from Moscow that Biden lied about at the debate,” Giuliani told Newsmax TV’s “National Report.”

He also claimed that one of the messages shows Joe Biden was getting money that was being paid to his son Hunter Biden from overseas interests.