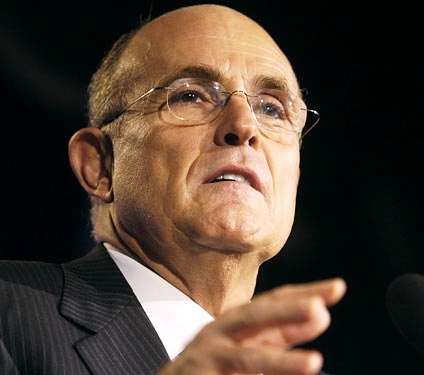 Leaders of the Israeli government prefer Donald Trump over Hillary Clinton to be the next president of the United States, according to former New York mayor Rudy Giuliani, who met personally with Israeli Prime Minister Bibi Netanyahu and other Israeli government officials this spring.

“I’ve talked to the members of the Israeli government at the highest levels. I know who they want elected here. It’s not Hillary Clinton. It’s not Obama 3,” Giuliani told me in an interview at the Republican National Convention in Cleveland.

In March, Giuliani traveled to Israel and met personally with Netanyahu, who has publicly remained neutral on the 2016 presidential election. Giuliani also met with several other senior Israeli government officials on his trip. According to him, Israeli government leaders fear that if Clinton were elected, she would pursue policies unwanted by the Netanyahu government, such as pushing to restart the Israeli-Palestinian peace process.

“They are politically aware enough to know that if Hillary gets elected, she is going to go further to her left, to protect her left flank against Elizabeth Warren,” Giuliani said. “They know she’s going to start the two-state solution thing again, cave in to the Palestinians. They realize Donald Trump can say Islamic terrorism, can stand up to it. So there’s no question he would be better for the state of Israel than Hillary.”

One person close to Giuliani told me that during his March meeting with Netanyahu, the Israeli prime minister said he preferred Republican administrations to Democratic ones and gave Giuliani a message to personally deliver to Trump with suggestions about how Trump should talk about Israel-related policy issues. Giuliani met with Trump and his son-in-law, Jared Kushner, in New York following the trip and delivered the message, this person said.

In a statement to me, the prime minister’s office categorically denied that Netanyahu expressed any preference for who should win the U.S. presidential election or that Netanyahu asked Giuliani to deliver any message to Trump.

“Prime Minister Netanyahu did not express any preference for whom the next American President would be, will continue to scrupulously avoid being dragged into the American elections and looks forward to working with whomever the American people elect,” said David Keyes, a spokesman for the prime minister’s office.

In our interview, Giuliani declined to confirm or deny that he had acted as a go-between for Netanyahu and Trump. He said his conversations with the prime minister were confidential.

“I’ve known Bibi almost as long as I’ve known Donald, 25 years,” Giuliani said. “I can’t speak for Bibi … But there is no question Donald Trump and a Republican administration would be much better for Israel.”

Israeli officials told me that Netanyahu has worked hard to maintain neutrality in this election cycle for several reasons. First, not all Israeli officials believe that Trump would necessarily be better for Israel than Clinton, who is known to have a better relationship with Israeli leaders than President Obama and a long record of pro-Israel policies.

Also, Netanyahu was widely perceived to be supporting Obama’s 2012 opponent, Mitt Romney, during their contest and was accused by many in the United States and Israel of inappropriately interfering in the U.S. political process. Netanyahu welcomed Romney and mega donor Sheldon Adelson in Israel just months before the election and Romney privately bragged that they even shared consultants.

Netanyahu’s office has always rejected accusations that he has interfered in any way in U.S. politics. Similarly, when Netanyahu came to Washington at the invitation of Republicans last year to campaign against the Obama administration’s nuclear deal with Iran, he also claimed he was not interfering in the U.S. political system.

“The notion that they don’t intervene in our politics and we don’t intervene in theirs in pure nonsense,” said Aaron David Miller, a former U.S. Middle East negotiator, now vice president of the Woodrow Wilson International Center for Scholars. “Netanyahu has clearly made his preferences clear on the Republican side.”

There’s no way to be sure exactly what Netanyahu said to Giuliani or what Giuliani subsequently said to Trump in their separate private meetings. But there was a huge evolution in Trump’s rhetoric on Israel-related policy issues around the time he addressed the American Israel Public Affairs Committee in March.

Originally, Trump had refused to say whether he would move the U.S. Embassy in Israel to Jerusalem. Only one month before the AIPAC speech, Trump shocked Israel supporters by saying he would be “neutral” in the Israeli-Palestinian conflict. He also said he intended to push for peace negotiations and would “give it one hell of a shot.”

Speaking to CNN just before his AIPAC speech, Trump struck a different tone. He said being neutral is “probably not possible” and that before peace talks could begin, the Palestinians would have to “stop with the terror.” He firmly promised to relocate the U.S. Embassy to Jerusalem.

If Netanyahu is secretly supporting Trump over Clinton, he’s only returning the favor. In 2013, Trump recorded an unusual video endorsement of Netanyahu ahead of Israeli elections.

Netanyahu can’t afford to be that bold. He still has to deal with six months of the Obama administration and could wind up with four years of a Clinton administration. Republicans have a selfish interest in portraying Israeli leaders as favoring Trump. That doesn’t mean they are wrong. 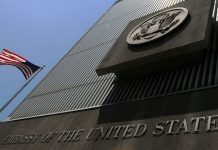