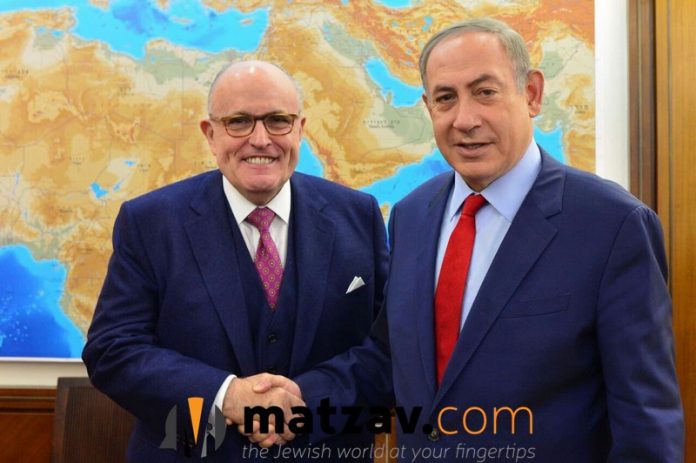 In a statement, the Prime Minister’s Office that Giuliani passed on a personal message from Trump to the Netanyahu in anticipation of their scheduled meeting in early February.

On Sunday, Netanyahu spoke with Trump by telephone for the first time since the latter’s inauguration. Trump invited Netanyahu to visit Washington in February during the phone call. They also discussed the Iran deal, the peace process, and other matters.