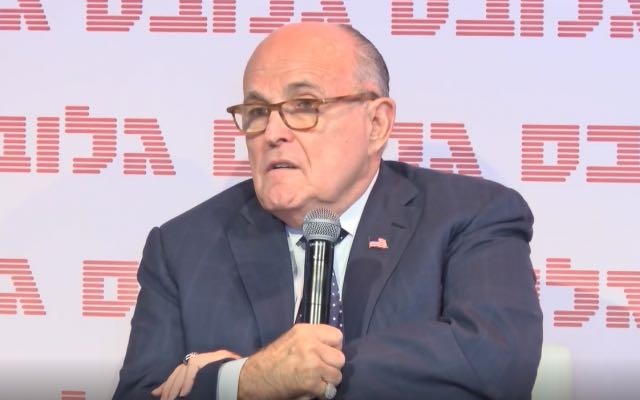 >>Follow Matzav On Whatsapp!<<
President Trump’s personal lawyer Rudy Giuliani said Monday he will not be part of the president’s defense team for the upcoming impeachment trial in the Senate, saying he could be called as a witness due to his involvement in the Jan. 6 rally that preceded the Capitol riot.

“Due to the fact that I may be a witness, the rules of legal ethics would prohibit me from representing the President as trial counsel in the impeachment trial,” Giuliani said in a statement to The Hill.

Giuliani previously told ABC that he was working on Trump’s impeachment defense prior to meeting with the president at the White House over the weekend. The former New York City mayor led Trump’s futile legal effort to overturn the election results late last year.

No announcements have been made on who will represent the president at the trial. Giuliani told The Hill earlier this month he would be willing to represent Trump at a Senate trial, as did Alan Dershowitz, the controversial celebrity attorney who was among those representing Trump at his first impeachment trial.