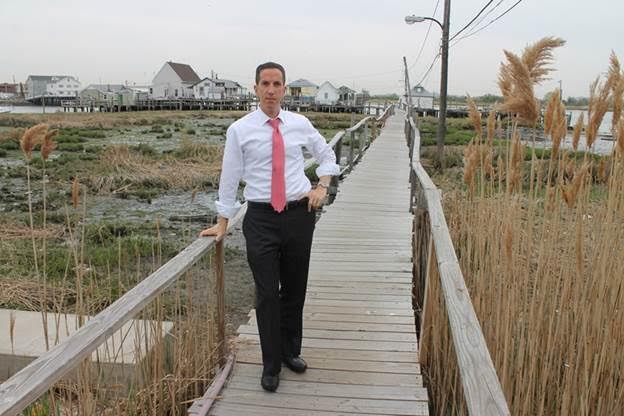 Far Rockaway, Queens – Assemblyman Phil Goldfeder (D – Far Rockaway) is renewing calls on the NYC Department of Transportation (DOT) to install traffic signals at a dangerous stretch of Seagirt Boulevard. The Assemblyman is also waging a public awareness campaign to alert pedestrians of the dangers in not using existing crosswalks when traversing the busy roadway.

“It’s never enough to just look both ways,” said Assemblyman Phil Goldfeder. “Seagirt Boulevard is one of the busiest roads in Rockaway and every day, our families put their lives at risk just to enjoy the beach or walk to shul. We need real solutions to make this intersection safer and discourage dangerous street crossings that will sooner or later lead to major accidents. By installing a traffic light here, we can ensure that the boulevard is safer for both pedestrians and motorists.”

In a letter to DOT Queens Borough Commissioner Nicole Garcia, Assemblyman Goldfeder called on the city to install traffic lights at the intersection of Seagirt Boulevard and Beach 6th Street. According to Goldfeder, the sharply curved offramp for Route 878 makes speeding vehicles hard to detect for pedestrians looking to cross at Beach 6th Street. The Assemblyman added that drivers often speed along the busy boulevard, which serves as the main thoroughfare between the east and west ends of the Rockaway Peninsula.

Goldfeder previously proposed the traffic improvement in a letter to DOT back in September 2015. In this most recent missive, the Assemblyman acknowledges that the new light was previously considered unfeasible by the agency, but still requests the additional study to determine whether the light or other “alternative stop controls” could be added. Residents in the community hope to see these changes before someone gets hurt.

“Every time I see cars coming off 878, they’re always speeding. With people getting used to crossing Seagirt in this area, it’s becoming too dangerous. They think they’re quick enough to cross in time, but they don’t see the cars coming until it’s too late,” said Rabbi Betzalel Korn. “I want something done before there’s a tragic accident.”

According to traffic collision data collected by the NYPD, a dozen reported accidents have occurred at the intersection in the last twelve months. In addition, a 2014 study of the Far Rockaway Central Business District, DOT determined that the nearby intersection of Beach 20th Street and Seagirt Boulevard was among the most dangerous in the community, with over 30 accidents happening between 2007 and 2011.

In the meantime, Assemblyman Goldfeder is urging residents to proceed with caution and not cross Seagirt Boulevard outside of the Beach 9th crosswalk. Goldfeder pledged to take to social media in the coming weeks to inform families and help prevent accidents. This included Goldfeder’s own family, who also live near the intersection.

“As a resident near this intersection and a father of two young children, I want to ensure our streets are safe for all our families in Far Rockaway,” concluded Goldfeder.