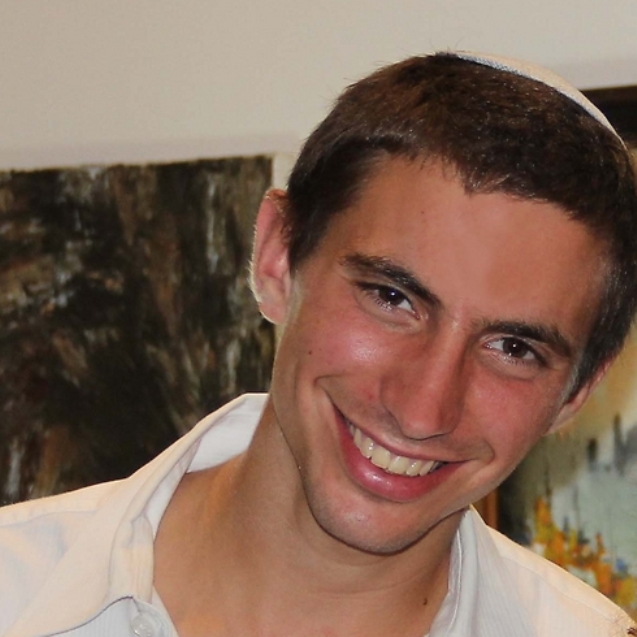 Our Son, Hadar Goldin, Was Abducted By Hamas. We Want His Remains Returned.

Five years ago this month, our son Hadar Goldin, a second lieutenant in the Israel Defense Forces, was abducted by Hamas militants during a humanitarian cease-fire in the 50-day war along the Gaza border with Israel. The militants dragged him into the tunnel from which they had apparently emerged. Hadar was killed – it is not clear how – during the ensuing firefight as Israeli forces raced to try to rescue him.

To this day, we believe that Hamas holds our son’s remains, presumably as a bargaining chip to extract political concessions – just as it holds the remains of Oron Shaul, another Israeli soldier who was killed during the conflict, as well as hostages Avera Mengistu and Hisham al-Sayed.

Hadar, who was 23 when he died, was a gifted young man, a teacher and artist with a winning smile. He was also a budding Talmudic scholar whose notebooks were published posthumously. The death of one’s child is the most painful loss, and finding true comfort will never be possible. But our loss has been made even more devastating because Hadar’s body has not been returned. Jewish tradition requires a speedy burial. The idea is found in the Bible, which demands that even executed prisoners be buried swiftly. The 12th-century rabbinic authority Maimonides explains that both the family and the entire community are duty-bound to ensure that a proper burial is performed.

Soon after his death, a funeral was held for Hadar using a few sparse remains – essentially, tissue on clothing – found by the Israeli military in the Hamas tunnel. But it is a torment not to be able to fulfill our final obligation to Hadar and inter his body according to Jewish law.

While Hamas and Hamas alone is responsible for this heartbreaking state of affairs, the United Nations and the U.S. government have a role to play in resolving it. Hadar was abducted in violation of a U.N.-sponsored cease-fire that had been brokered by then-Secretary of State John Kerry. The United Nations and United States condemned the abduction at the time, but since then have done nothing to press Hamas to return Hadar’s remains or those of the others it holds.

Meanwhile, international funding and aid flows into Gaza, including from the United Nation’s Relief and Works Agency for jobs, reconstruction and microfinance (loans worth $160 million since 1991). There are larger forces at work, of course, but even modest pressure from the United Nations to make some of its aid contingent on Hamas’s return of the remains it holds might lead to a solution.

The United States ended its aid for Gaza and Palestinians in the West Bank last year, and in June, the Trump administration announced a plan to spur economic development in the Palestinian territories. We fervently hope that the administration, if it considers restoring aid to Gaza or launches its economic plan (unlikely as that appears at the moment), would include a contingency that Hamas surrender the remains of Israelis it holds.

On June 11, the U.N. Security Council passed Resolution 2474 on people reported missing in armed conflict. The resolution was encouraging. It insists that combatant groups are obliged to return remains, and it explicitly states that member states and international organizations should observe the resolution’s directives. The measure also stipulates that accountability for missing persons “can be among the components of the design and implementation of peace negotiations and agreements and peacebuilding processes.”

The United Nations has made a concrete statement about the need to resolve matters of missing persons in armed conflicts, and it has laid out in detail the obligations of member states and international organizations to facilitate matters such as the return of remains. What’s needed now is concrete action by the United Nations and the United States to put these ideas into practice: Make Hamas’s cynical holding of Israeli remains – of our son and his fellow soldier, Oron Shaul, and the two civilian hostages, Avera Mengistu and Hisham al-Sayed – a burden instead of an asset.

Leah Goldin is the chief executive of Golden Solutions and a senior lecturer at Afeka College in Tel Aviv. Simha Goldin is the director of the Goldstein-Goren Diaspora Research Center at Tel Aviv University.