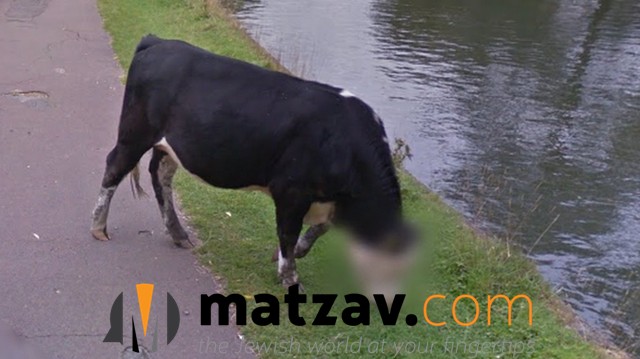 We are used to faces and number plates being obscured by Google to protect privacy for images on Street View, but animals don’t often suffer the same fate – except for this Cambridge cow, reports the Guardian.

The picture, which was taken at Coe Fen, was spotted by the Guardian’s US opinion editor David Shariatmadari.

Although the cow can be seen in all its bovine glory in one image near the river Cam, Google appears to have blurred it for a tighter crop.

The search giant admitted its technology may have been a little overeager. A spokesperson for Google told the BBC: “We thought you were pulling the udder one when we herd the moos, but it’s clear that our automatic face-blurring technology has been a little overzealous. Of course, we don’t begrudge this cow milking its five minutes of fame.”

Shariatmadari’s tweet has been retweeted thousands of times – with plenty of cow jokes among the replies.