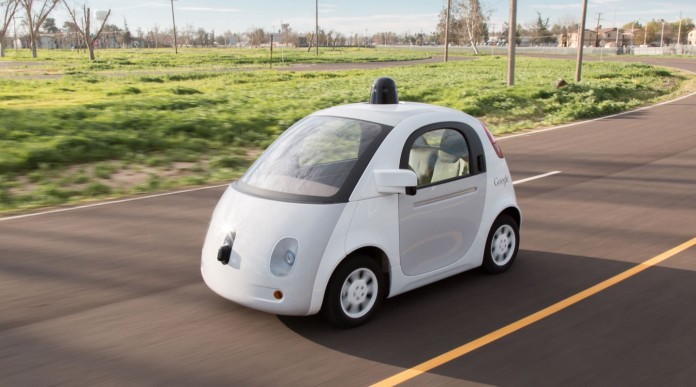 If you hop into one of Google’s pod-like self-driving cars, you won’t be considered the driver, according to a letter sent to Google by federal transportation officials.

Instead, the law will treat the car’s software as the driver.

“We agree with Google its [self-driving vehicle] will not have a ‘driver’ in the traditional sense that vehicles have had drivers during the last more than one hundred years,” the letter reads. “If no human occupant of the vehicle can actually drive the vehicle, it is more reasonable to identify the “driver” as whatever (as opposed to whoever) is doing the driving.”

The decision by the National Highway Transportation Safety Administration marks a huge moment for Google and the rest of the auto industry as it races to build the first fully autonomous motor vehicle. While most other carmakers are building their vehicles with steering wheels, brake pedals and other machinery in mind, Google imagines that its robot car will have none of these things.

That raised questions about how the government would view those cars. In November, Google filed a letter to NHTSA asking as much, calling for greater clarity about the word “driver” and what federal requirements Google might be subject to as a result, ranging from rear-view mirrors to turn signals.

NHTSA’s response has wide-ranging implications for Google’s engineers. But it doesn’t categorically give Google the benefit of the doubt. For example, the agency’s existing regulations for conventional cars require that vehicles include brake pedals and parking brakes that operate independently of one another by “hand or foot control.”

Of course, Google’s in-car computers wouldn’t have any hands or feet to speak of. While NHTSA agreed with Google that the car would be controlling the brakes, that fact “does not excuse” Google from obeying the “plain language” of the regulation, it said. Until the agency writes new rules for driverless cars, NHTSA said, Google might have to ask for an exemption from that rule.

The letter offers a peek into the cutting-edge – but tremendously complex – world of driverless car regulation. As these vehicles become more mainstream, expect more of these debates to be hashed out in what otherwise might sound like dry legalese.