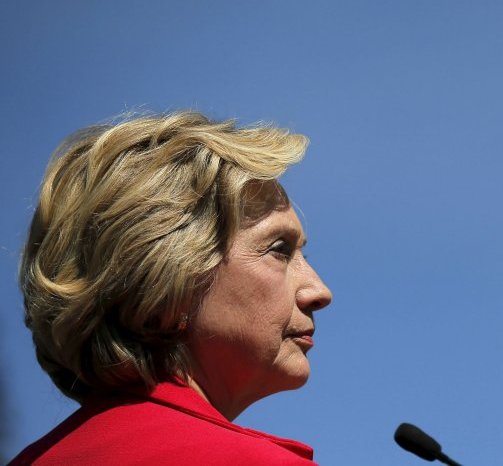 Rep. Mike Turner, R-Ohio, became the first Republican to call for a new, independent investigation of Hillary Clinton’s use of email during her years at the State Department, saying in a statement that the defunct independent counsel statute should be revived to “make an independent and impartial decision” about whether Clinton should be charged.

“The investigation by the FBI is steeped in political bias, especially considering that former president Bill Clinton met with Attorney General Loretta Lynch just days before the FBI announced its decision,” Turner said. “The role of the independent counsel is to keep investigations honest and prosecutorial decisions independent of the political, personal and financial conflicts of interest that undermine accountability in government. It is time for Secretary Clinton to be held accountable for her extremely careless actions.”

Not an hour later, Rep. Matt Salmon, R-Ariz., who is retiring this year, made a similar request.

“I’m calling for a special prosecutor to be appointed to look into the charges and determine the appropriateness of prosecution for these crimes,” said Salmon. “Americans deserve accountability from their government officials, especially when they would be harshly prosecuted or imprisoned for performing the very same actions.”

While FBI Director James Comey is a Republican appointee, and Lynch herself was not involved with this stage of the yearlong investigation, some Republicans have argued that the email investigation should always have been handed to a special counsel. Since autumn, Senate Majority Whip John Cornyn has argued for this; he and several members of Congress repeated that advice after Lynch agreed to a seemingly impromptu chat with Bill Clinton at Phoenix’s Sky Harbor. Generally, they favored an investigation under the Department of Justice’s Office of Special Counsel, instead of a return to the Independent Counsel system that existed until 1999 and came under fire during the seven-year probe of Bill Clinton’s presidency.

Turner, who has struggled to find co-sponsors for his Independent Counsel Reauthorization Act, could capitalize on Republican surprise at the FBI’s decision. Since the investigation began, Republican politicians have (sometimes jokingly) imagined the day when Hillay Clinton would be indicted and sent to prison. Sen. Ted Cruz, R-Texas, the runner-up in the Republican presidential primary, told audiences that a Democratic debate might well be “held at Leavenworth”; later, he asked them to imagine Clinton reacting to the swearing-in of Vice President Carly Fiorina by “tossing and turning in her jail cell.” At this year’s NRA national convention, its Chief Executive Officer Wayne LaPierre asked whether Clinton could even “survive” the coming “FBI primary.”