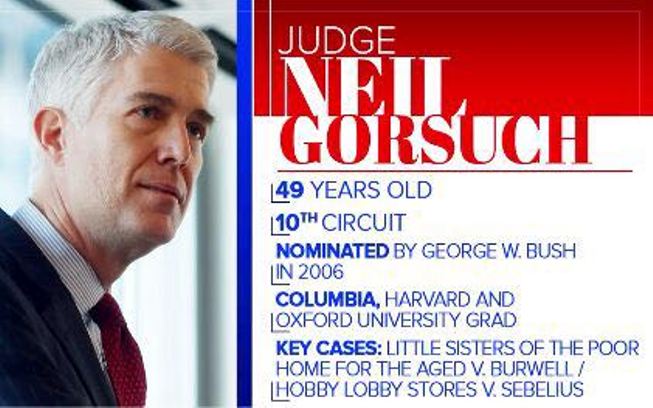 Neil Gorsuch, President Donald Trump’s Supreme Court nominee, said Tuesday that Roe v. Wade, the landmark abortion case, should be treated as a precedent of the court and has been repeatedly reaffirmed, the Daily Beast reports.

“All of the other factors that go into analyzing precedent have to be considered. It is a precedent of the United States Supreme Court,” Gorsuch said during his confirmation hearing. “So a good judge will consider it as precedent of the United States Supreme Court worthy as treatment of precedent like any other.” The 1973 case has been a point of contention for social conservatives, who have long wanted it overturned. Trump said on the campaign trail that he would appoint someone to the high court who would overturn Roe v. Wade. When asked about this, Gorsuch said a settled case “adds to the determinacy of the law. What was once a hotly contested issue is no longer a hotly contested issue. We move forward.”