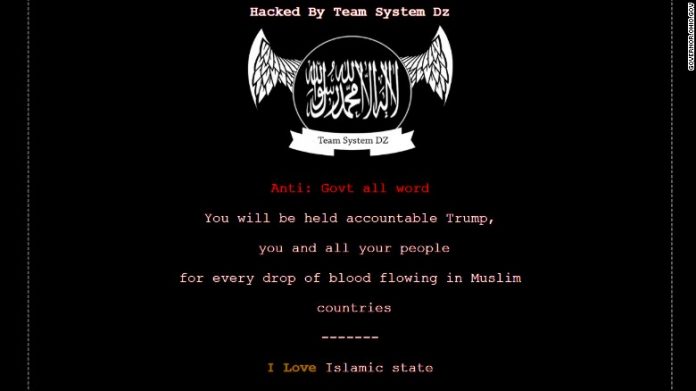 Government websites in Ohio, Maryland and New York have been hacked with what appears to be pro-ISIS propaganda.

On Sunday, visitors to governor.ohio.gov were greeted with a black background and an Arabic symbol while an Islamic call to prayer played in the background.

“You will be held accountable Trump,” text on the landing page said, “you and all your people for every drop of blood flowing in Muslim countries.”

“I Love Islamic state,” it said.

It was not immediately clear who the group is — or whether it is genuinely affiliated with ISIS. The Ohio sites were back to normal by Monday morning. Kasich’s staff members said Sunday they had been working on the Corrections site when they were alerted to their own site being hacked. Read more at CNN.