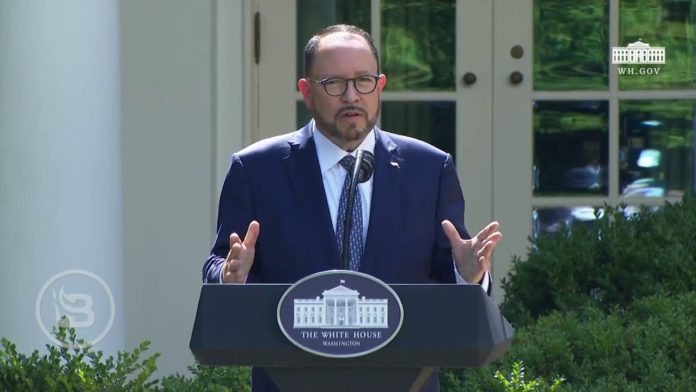 The chief executive of Goya Foods, Robert Unanue, brushed off critics on Friday, saying that he would not apologize for his previous statement that the U.S. is “blessed” to have President Trump as a leader.

In an interview on Fox News on Friday, Unanue pushed back against the backlash he received, telling the hosts of “Fox & Friends,” “I’m not apologizing.”

At the White House on Thursday, Unanue delivered praise of Trump, saying, “We’re all truly blessed at the same time to have a leader like President Trump, who is a builder.” Unanue was among several Hispanic politicians and business leaders who gathered at the White House that day.