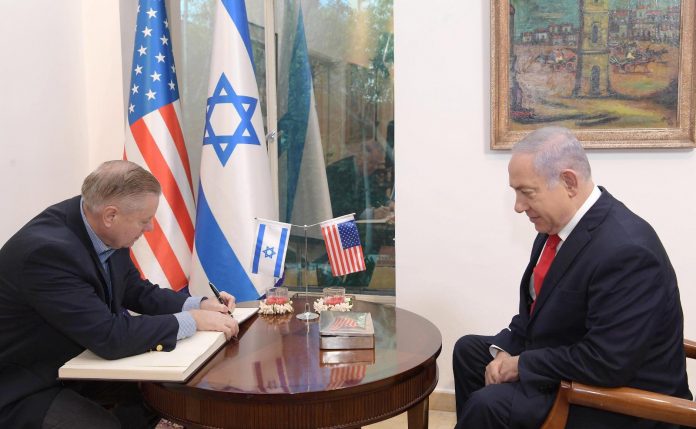 As part of a trip to Israel, Sen. Lindsey Graham (R-S.C.) toured the Golan Heights in northern Israel near the border with Lebanon on Monday. The day before, he had witnessed attack tunnels that Hamas has built in the south.

“There is no construct I can imagine now or any time in the future for the state of Israel to give the Golan up,” he told reporters.

The senator added that he would ask Trump about recognizing the area, which many say provides a strategic and security barrier for Israel against attacks from Hezbollah and others in the north.

“The most important observation that I’d make is that the Golan has always been part of Israel, from the earliest days of our history, and has certainly been part of the State of Israel since 1967, and more recently 1981. The Golan is part of Israel,” said Netanyahu.

The 1981 annexation has not been recognized by the international community.

“I will go back the U.S. Senate, working with Senator [Ted] Cruz; I will start an effort to recognize the Golan as part of the State of Israel, now and forever,” said Graham. “Because to give this territory up would be a strategic nightmare for the State of Israel. And who would you give it to?”

Companion resolutions calling on the United States to follow through with this recognition were introduced last month by Cruz, and Sen. Tom Cotton (R-Ark.) and Rep. Mike Gallagher (R-Wisc.).

Rep. Josh Gottheimer (D-N.J.) sent a letter to Trump in January, also calling for recognition of the Golan, in addition to implementing a “comprehensive strategy” to combat Iran amid the administration’s planned withdrawal of American troops from Syria.