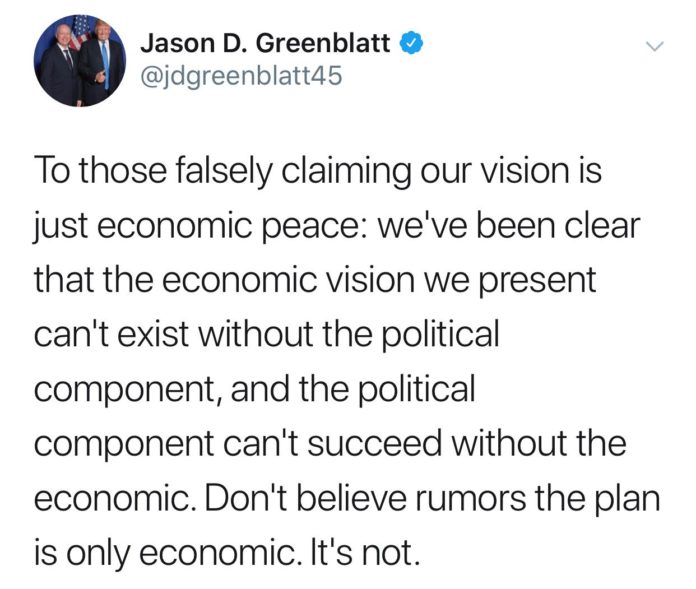 Jason Greenblatt, the US Representative for International Negotiations, on Monday rejected reports claiming that the Trump administration’s peace plan for Israel and the Palestinian Authority (PA) would only be economic in nature.

Senior White House officials said on Sunday that the Trump administration is planning to release the economic component of its upcoming Middle East peace plan in late June, adding that it would break up the release of the much-anticipated plan.