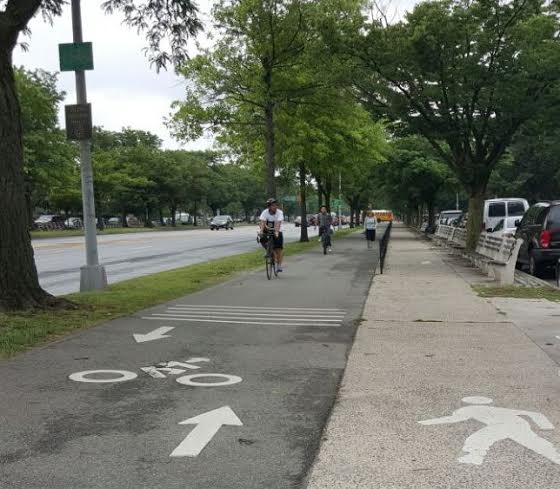 New York City Councilman David Greenfield has sent a letter to Department of Transportation and NYPD officials asking for traffic officers to direct traffic along Ocean Parkway, in an effort to mitigate traffic and safety concerns that have arisen as a result of ongoing construction and road repair projects.

“I have received numerous calls to my office from constituents regarding the construction on Ocean Parkway that is leading to unsafe conditions on the road for drivers, bicyclists, and pedestrians,” Greenfield said. “It is clear that we need to have traffic officers directing traffic in this area while construction is going on to keep our residents safe.”

The construction currently taking place on Ocean Parkway is part of a state-run safety improvement program. New traffic lights, countdown signals, safer pedestrian crossings, and no-left-turn signs will be added to several intersections along the highway. As a result of the construction required to complete the project, however, many of the area’s busiest pedestrian crossings have been blocked off, and normal traffic patterns have changed — resulting in heavy congestion on the road and forcing pedestrians and bicyclists to take less safe routes to their destinations.

“The work on Ocean Parkway is going to create a safer neighborhood, but we need to make sure we’re not putting people’s lives at risk while that work is done,” Greenfield said. “That’s why I’ve asked Commissioners Trottenberg and NYPD Chief of Transportation Thomas Mann to temporarily assign cops to direct traffic to the affected areas.”

Greenfield sent his letter earlier this week, and said he expects to meet soon with the relevant officials to discuss the matter. Construction is expected to be complete by Summer 2017.