Brooklyn, NY – In response to years of annual budget cuts to childcare vouchers and other programs vital to yeshivos and local families, Councilman David G. Greenfield and yeshiva leaders are kicking off a campaign to increase the community’s voice and role in the political process.

The “I’m a Yeshiva Parent and I Vote!” non-partisan voter registration drive is being launched this week in partnership with leaders from neighborhood yeshivas. It comes as the result of a meeting this week between Councilman Greenfield and representatives from several dozen yeshivas to discuss the ongoing funding crisis facing community yeshivas and possible long-term solutions. It was agreed that the best and most immediate thing the community can do is increase its political power by increasing the number of registered voters, instead of simply rallying each year in the face of huge cuts.

“Over the past few years, we have watched as vital programs including childcare voucher funding have been decimated by budget cuts. The reality is that this can’t continue. The only way that will change is by making our voices heard at the ballot box. Simply put, it is in the community’s best interests to increase local voter registration to increase our role in the political process and make sure our voices are heard by all elected officials. I am excited to work with yeshiva leaders and parents on this important campaign, which will help provide a long-term solution to the political problems that frustrate us year in and year out,” Greenfield averred.

Under Mayor Bloomberg’s Fiscal Year 2013 executive budget, 15,368 childcare slots are at risk, including a total of 8,868 vouchers worth $24.5 million. These vouchers were covered in last year’s budget by funding that the Mayor has eliminated from this year’s spending plan. This is part of a pattern in recent years of large cuts to vouchers, including $25 million cut from last year’s budget that the City Council eventually restored. While Councilman Greenfield will again fight to save this crucial funding, he hopes that increasing the community’s political influence through increased voter registration and turnout will send a message that yeshivas are a top priority for community voters.

Participating yeshivos will send a letter and voter registration form home to parents in the coming week urging them to register to vote and spread the word about the campaign. Councilman Greenfield is printing “I’m a Yeshiva Parent and I Vote” bumper stickers so that parents can take pride in their electoral participation. Anyone who wants to register to vote but does not have a child in yeshiva is invited to take part in the campaign by stopping by Councilman Greenfield’s district office at 4424 16th Avenue in Boro Park.

“I urge all neighborhood yeshivas and residents to get behind this campaign and to encourage their friends, family and neighbors to register to vote. I am confident that it can have a real and lasting positive impact on our community for years to come. The bottom line is that if we don’t vote, we don’t count,” Greenfield concluded. 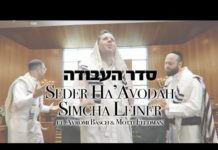 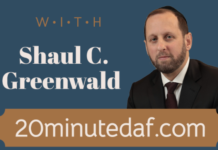