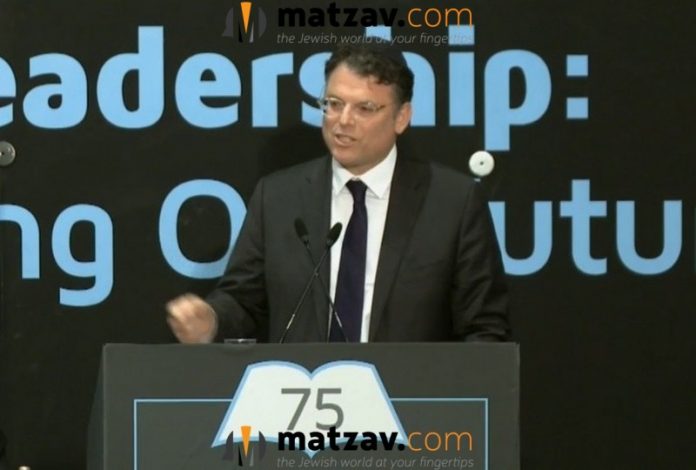 Stating his desire to assist the mechanchim of Klal Yisroel, Mr. Wolchok announced that he will be launching a new undertaking in honor of the bas mitzvahs of his triplet daughters.

Mr. Wolchok will be undertaking an endeavor that will great assist rabbeim, who are burdened by tremendous financial obligations, not the least of which is marrying off their children.

Thus, he will be sponsoring the construction of several new wedding halls in Lakewood, NJ.

“When our rabbeim, our klei kodesh, make chasunos, they think about: Who’s going to pay the bill?” he said. “…There’s lachatz.”

The idea was suggested to create a simcha hall in Lakewood and allow rabbeim to have subsidized chasunos there.

And that’s exactly what Mr. Wolchok said he will do.

Mr. Wolchok stated that the details of this undertaking have not been worked out yet, but the land, he related, has already been pledged by Beth Medrash Govoah via its menahel, R’ Aaron Kotler.

It has been proposed thus far to build at least two simcha halls in this new complex.

“It’s an emotional thing to be able to give a crazy idea,” he said. “Hakadosh Boruch Hu is allowing my family, Tami and I, to give a gift to our triplets for their bas mitzvah of a simcha hall in Lakewood run by Torah Umesorah. Who gets that type of opportunity in their life?”

This comment was greeted with a standing ovation from the Presidents Conference crowd.

Mr. Wolchok said he hopes for the groundbreaking to take place in two years.