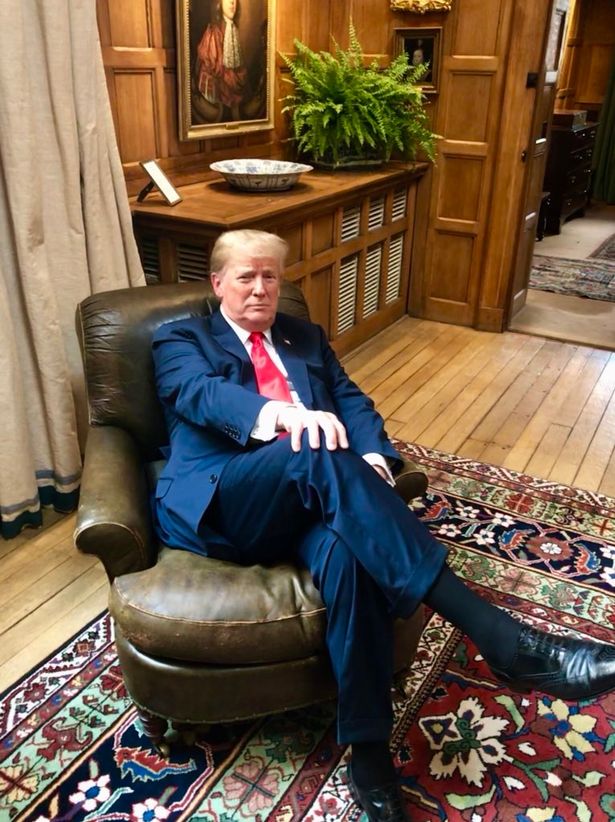 Donald Trump has sparked fury, posing in an armchair used by heroic wartime leader Winston Churchill. British critics slammed Trump for a string of diplomatic blunders and said he wasn’t fit to sit there.

“The US president belittled our NHS and PM and undermined the special relationship,” reports THE MIRROR.

Labour’s Stephen Doughty said: “An image of Donald Trump sitting in Churchill’s seat will stick in the throats of many Brits who would consider Trump not only to be one of the worst presidents in US history but also not even worthy of a comparison with our wartime leader who rescued our nation in its darkest hour.”

Labour’s Ruth Smeeth added: “Churchill embodied the best of British spirit when we were fighting and defeating racists and fascists during World War Two.

“Given Trump’s appalling actions and rhetoric, he doesn’t even deserve to look at a statue of Churchill let alone sit in his seat.”

“We wanted to do something different for the president,” British Ambassador to the US Kim Darroch told US reporters ahead of the visit. “We know that he is an enthusiast of Winston Churchill. He’s a big fan of the film ‘Darkest Hour,’ so we thought it would be nice to do a dinner for him at Blenheim Palace.” THE MIRROR