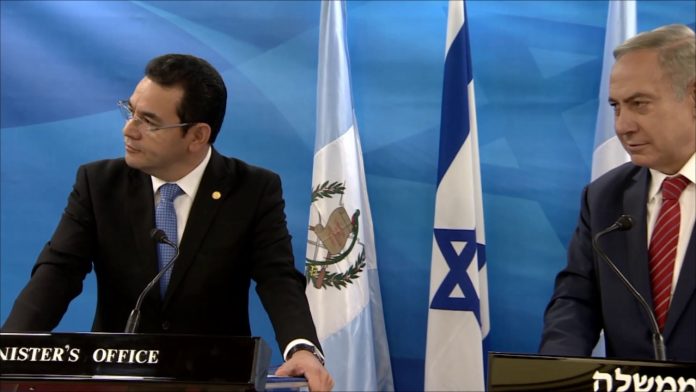 The pro-Israel world applauded when the Central American nation of Guatemala announced that it would move its embassy in Israel to Yerushalayim, the first nation in the world to do so after President Trump announced that the United States would move its embassy. The move is slated to take place on May 16th, just two days after the scheduled US move. The nations of Honduras and Paraguay have followed suit.

In appreciation of this bold and courageous move, the National Council of Young Israel will be presenting an award to NiviaRosemary Arauz Monzon, Consul General of Guatemala, and members of her delegation at its Gala Dinner. The dinner will be held on Thursday, May 15th, in Terrace on the Park.

This award was initiated by Duvi Honig, CEO of the Orthodox Jewish Chamber of Commerce, who will be receiving the Young Leadership Award at the dinner; along with Dr. Joseph Frager, the Chamber’s Executive VP. “It was heartwarming to see Guatemala recognize the Jewish People’s connection to Yerushalayim, especially as so many in the international community seek to deny it,” says Duvi. “It is our honor to accord this special recognition to this exceptional nation.”

In an official statement, the Guatemalan diplomat expressed a similar sentiment: “The Consulate General of Guatemala on behalf of the Guatemalan government is grateful for the invitation from the CEO of the Orthodox Jewish Chamber of Commerce honoree Duvi Honig to Participate in the National Young Israel Gala Dinner and feels honored to participate in this important celebration promoted by the Jewish community of Israel in New York.”