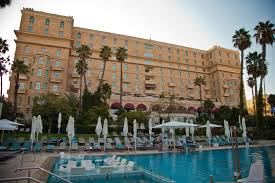 Approximately 30 of the VIPs who came to Yerushalayim for the levayah of former President Shimon Peres stayed at the King David Hotel in Yerushalayim with their entourages.

In order to make room for these VIPs, some of the occupants of the rooms were tossed in favor of the various heads of state.

Hotel CEO Chaim Shkedi tried to explain away this move by the hotel, despite the prior reservations of the “regular,” non-VIP guests.

“Most of them understand the situation,” claimed Shkedi. “It also helps that this is Shimon Peres, a man whom everyone appreciated and admired. Everyone who cooperated with us in leaving the hotel said that they are doing it for Peres. It was really touching.”