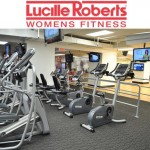 Yosefa Jalal, a math teacher who lives in Crown Heights, Brooklyn, said employees at two Lucille Roberts Health Clubs Inc. locations told her she could not work out while wearing her knee-length skirt, forcing her to leave. Other Jewish women who wear skirts for religious reasons have had similar experiences with the company, she claimed.

Jalal said that wearing a skirt wasn’t a violation of Lucille Roberts’ dress code, which says nothing about skirts and specifically discourages sweatpants. Instead, she claimed, the company discriminated against her because her skirt was seen as a threat to Lucille Roberts’ effort to brand itself as a gym for “strong and confident women.”

“Lucille Roberts is systematically discriminating against modest, observant Jewish women, for no defensible reason, and notwithstanding their own dress code,” she said. “This systemic harassment and discrimination caused Ms. Jalal’s loss of membership, as well as embarrassment, shame, fear, and other emotional harm.”

Jalal said she joined Lucille Roberts in 2011 and always wore her skirt to the gym, usually without any complaints. But in 2013, a manager told her not to wear the skirt, and a similar incident occurred in 2014, she said.

In June, a Lucille Roberts allegedly told Jalal that being at the gym in her skirt was “trespassing.” She returned after speaking with a police officer, who told her that her actions didn’t constitute trespassing, she said.

Jalal said her last visit to Lucille Roberts was in July, when she attended a kickboxing class. During the session, the instructor stopped the class and told the other students that they couldn’t resume until Jalal changed out of the skirt, which she refused to do, according to the complaint.

“At this point, angered by the class interruption, other Lucille Roberts patrons began to get frustrated with Ms. Jalal,” she said. “They told her: ‘just take it off.’ Some participants screamed at Ms. Jalal.”

Jalal said she then left the room, tried to use the elliptical and was confronted by a staff member, who told her that she was trespassing and that her membership was being revoked. The employee also allegedly told her that the police were coming.

Frightened by the threat, Jalal left the gym and never went back, she said.

Jalal alleged that Lucille Roberts’ actions violated federal and New York civil rights laws. She wants to return to the gym, but first she wants the court to enter an injunction forcing Lucille Roberts to allow knee-length skirts for observant Jewish women, she said.

Jalal is also seeking compensatory and punitive damages and a reimbursement of her attorneys’ fees.

“A half century after the Civil Rights Act of 1964, we still have a company discriminating on the basis of religion,” Maazel said. “The repeated harassment by Lucille Roberts is inexplicable and indefensible.”