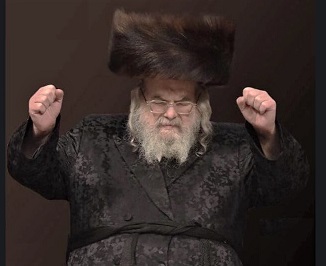 It was during Pesach, right in the middle of the coronavirus outbreak, that we finalized our plan to move from Brooklyn to Eretz Yisroel. I asked a shailah if we were allowed to pack up for moving to Eretz Yisroel during Chol HaMoed; yes! was the encouraging p’sak, so we packed and prepared. The very next week we landed in Eretz Yisroel, going right into the fourteen-day mandated quarantine.

Living in Eretz Yisroel was something I had wanted to do for many years already, but the proper time apparently had not come yet – until now. As a Belzer chossid, I would come with my family every Tishrei to spend the Yomim Nora’im and Sukkos with the Belzer Rebbe in Yerushalayim, and would regularly ask about permanently relocating to Eretz Yisroel. I had now finally gotten the green light from the Rebbe to make the move.

We had two married children in the U.S. (they want to come too!), and one bochur already in Yerushalayim in a Belzer yeshivah gedoilah. We worked to prepare the four younger children for the move.  We took them out one by one, to speak with them individually about the move and to reassure them that we would be there for them, offering our full support for helping them integrate. We explained that there would be many challenges on the road to integration that we would all have to tackle. As with anything we want to do, if we look at the obstacles as difficulties, they may seem to be depressing and insurmountable, but if we look at them as challenges, every step we take to overcome them can even be enjoyable and satisfying. I thought it was of utmost importance that we would all come with this positive attitude.

It was not only my kids who stood to benefit from this outlook. Although I was born in America, I had lived in Eretz Yisroel from the age of six until my own firstborn was six years old, and the subsequent eighteen years of living in America definitely rubbed off on me. This was also true for my wife, who grew up in Bnei Brak. There was now much that also we, the parents, would need to adjust or readjust to, from the differences in culture and mentality, to the technical operational differences such as different standard banking hours. Did you know that many government and financial institutions here close at 1:30PM on most workdays?

Though there are of course many differences between life in Eretz Yisroel and America, the influx of Americans over the course of the last several years has had an impact on narrowing the gap in some neighborhoods, making it easier for newcomer Americans to acclimate. In my neighborhood, there are no stores that are not trying to attract American customers, some offering American-style service, even if they are not all doing it “right.” You can have a cleaning lady and other household help—even live here “American style”—and not be viewed as “different.”

One thing that is, for the most part, quite different, is the chinuch available here. Different things are emphasized. There is a stronger focus on ruchniyus, even while some schools here have the gashmiyus as well. Of course, the very basis of the private mosdos we Chareidim have opened in chutz laAretz is our desire for strong foundations in ruchniyus, but the surrounding atmosphere just isn’t the same. I felt that the chinuch they would get here would be a precious lifelong gift I wanted to give my children, and this became technically possible once I had the capability of easily running my U.S.-based business from Eretz Yisroel.

We came in the middle of the school year, but because the schools had somewhat of a restart when they were able to be reopened, my kids had a “fresh start” together with their Israeli counterparts in this new situation. My yeshivah ketanah-aged son noted that in his new yeshivah here, all the boys feel equally connected; the bochurim who are not as strong in their learning skills don’t feel that they’re looked down upon. It was originally suggested that one of my daughters would move down a grade to make it easier for her to cope with the changes, but she found that she was even a bit above her grade level and didn’t even need extra help. My wife, who in America had been volunteering for various causes, already started getting into volunteering over here. Boruch HaShem, everyone is happy here.

Although we did have a head-start at integration, being that we all spoke Hebrew at home (now we’re making a point of speaking English at home!) and were exposed a bit to life here from when we came every Tishrei, there are still some differences in mentality and culture that are new to us, some of which took a few weeks to even discern. We are sure though, that as we become more experienced, we will be more adept at getting along here.

Decades ago, people who came to Eretz Yisroel were challenged with building up the country from scratch. It was a difficult project, but people welcomed it as a challenge that generated excitement and a sense of satisfaction. Today, the primary challenge of newcomers is integration. Effort and success in this endeavor should generate a similar sense of satisfaction. I think there is work to be done here to make Eretz Yisroel more welcoming for newcomers, helping them take on the challenges of integration. To play on a recent American election slogan, we should work to “make Eretz Yisroel welcoming again.”

Running my U.S.-based businesses (property development and assets management, and a high-tech and programming business) during American working hours, leaves me with the ability to daven with more yishuv hada’as in the morning, with several hours spare for learning, chessed, or other activities. As it is common here to rest sometime between 2:00 to 4:00 in the afternoon (here’s another adjustment for Americans – “14:00 to 16:00” is more commonly used), I can start working after a refreshing nap. Although number-wise there is no real difference in the sum total hours of the day, I find that, for myself, less time gets wasted when the “extra” hours are at a time when nobody is just going to sleep to finish off their day, as was the case in America.  Having Sundays off is another bonus for me, as Sunday is a regular workday here.

Holding an additional morning job may also be more possible when one of the jobs is in American hours. For example, I recently started an initiative for a prestigious living area for newcomers from the U.S. and Europe, and I am able to squeeze it into my schedule.

B”H, davening, learning, family and business fills my day, all avodas hakodesh in Eretz HaKodesh. It’s great to be back home!