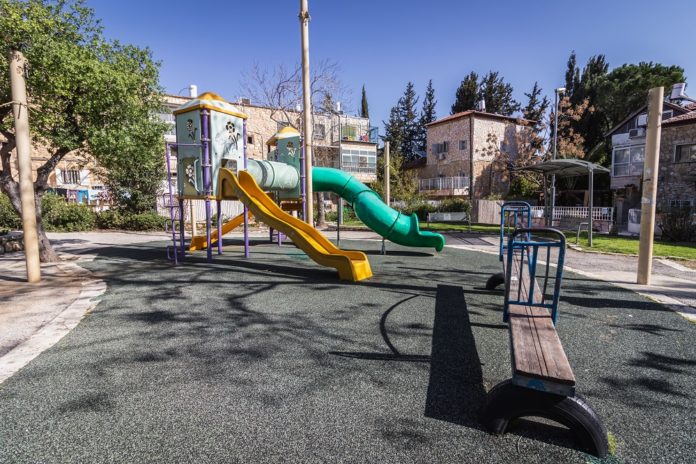 I grew up in Queens and my wife is from Pittsburgh, Pennsylvania. Though we met and married in chutz laAretz, it was clear to us from the start that we would move to Eretz Yisroel. We both come from a more Modern Orthodox background, and our families always had a sense of connection to Israel. Our parents and most of our siblings now live here as well.

We came to Yerushalayim after my wife finished her college studies in America. I became a member of the Gruss kollel, where I learned for three years. Almost all of its members come here for just a few years before going back to America, but we were here to stay. I eventually found work in Yeshivat Eitan, an Israeli yeshivah ketanah, and we moved several times to various communities here in the wake of the yeshivah’s relocation(s).
We first bought an apartment in Neve Yaakov, a nice and more-affordable neighborhood on the outskirts of Yerushalayim with a sizeable percentage of Americans. When the yeshivah moved to Yavne’el in Eretz Yisroel’s north, we followed. We were in Afula for a short time as well. When the yeshivah moved to Moshav Shalva in the vicinity of Kiryat Gat in Eretz Yisroel’s south, we looked for a suitable community in the area. We were referred by Rav Weinbach zt”l of Ohr Somayach to the community of Ofakim, where we have been happily living for over ten years already.
We sold the apartment we owned in Neve Yaakov, and with that money bought a large private house in Ofakim – and were even left with a considerable amount of “change.” When we bought the house, it was over 2300 square feet, with a large backyard including fruit trees and a nice pergola, and two huge balconies. We recently built one of those balconies into two bedrooms, a bathroom, and a machsan (storage room), which we may rent out as a separate unit. The house already includes a small rental unit as well, which helps us with parnassah. Altogether it’s about 270 square meters – close to 3000 square feet – not including our 500-square-foot sukkah balcony. We really love the ability to live with privacy and enough living space. Such a property (before our new construction) went for less than 1.3 million shekels when we bought it about seven years ago, and also today such properties are still considerably less than an apartment in even the more-affordable neighborhoods of Yerushalayim. A spacious private house here with a big yard may be similar in price to a four-bedroom apartment in Ramat Beit Shemesh.

My wife works from home as an accountant for a firm based in Ramat Beit Shemesh. For me, it’s a pleasant 25-minute commute to Be’er Sheva, the major metropolis in this area, where the yeshivah is now located. There are plans for a new road which will cut travel time even more. There is also frequent public transportation available.

There are also ruchniyus-related reasons for which we love Ofakim, obvious if you know anything about the city. If we would sum up what Ofakim stands for in two words, it would be “Torah” and “pashtus” (simplicity). For anyone looking for that, Ofakim is a truly amazing place. The mara d’asra is the son of Rav Shimshon Pinkus zt”l, who preceded him as the rav here, and who had a profound influence on the atmosphere here.

What I like most is that there is a real sense of community here. There is a strong feeling of achdus, and of being a significant part of something bigger. One example of this that comes to mind is that in response to a suggestion by Rav Steinman zt”l to the community to be mekabel Shabbos a bit earlier, all the various minyanim – without exception – rescheduled minchah of Erev Shabbos to five minutes earlier than their previous time, whatever time that may have been. The kehillah is under the firm leadership of the rabbonim, and they are the ones who establish what happens here. I am also very impressed with the mosdos chinuch here, especially with the way they deal with issues and challenges.

The community has experienced tremendous growth over the last ten years; it may be more accurate to say “explosive” growth. There is the natural growth of the established families here, and there are many young couples from other areas moving in as well. Some live in exclusively Chareidi sections of the city, including the Kiryah Chareidit (also known as Kiryat HaYeshiva), the Chazon Ish neighborhood, and the new development (known as the “Proyect” – project). There are other areas of the city that are undergoing a transition of character as more Chareidim move into them, including Shechunat HaRif (the Rif neighborhood), where we live.

The Chareidi population here is comprised mostly of Litvish and Sephardi bnei Torah. A high percentage of the kehillah are full-time kollel yungeleit, so the kehillah’s growth has led to the opening of many new kollelim. Two new chadorim – an Ashkenazi one and a Sephardi one – were established as well. There are a handful of professionals – a doctor, a lawyer, some handymen, electricians, etc. and there are many mechanchim (like myself). Many families run businesses selling goods from home, such as shoes, disposables, etc.

Aside from Chareidim, the city’s populace includes Dati-Leumi (National Religious), traditional, and irreligious Jews. B”H everyone gets along.

We absolutely love it here in Ofakim; we are happy with the atmosphere here and the positive impact it has on our children.

There are a handful of English speakers here, but they are mostly children of olim. There are some who, like us, are themselves olim, but even they socialize primarily in Hebrew. There is no American atmosphere here; it is a regular Israeli Chareidi kehillah, and anyone looking for that will iy”H be very happy here.

This article is part of our Haaretz Hatovah series featuring Yidden living in, settling, and building up Eretz Yisroel. For more information please contact us at [email protected] or visit naavakodesh.org/haaretz-hatovah

Reprinted with permission from Yated Ne’eman