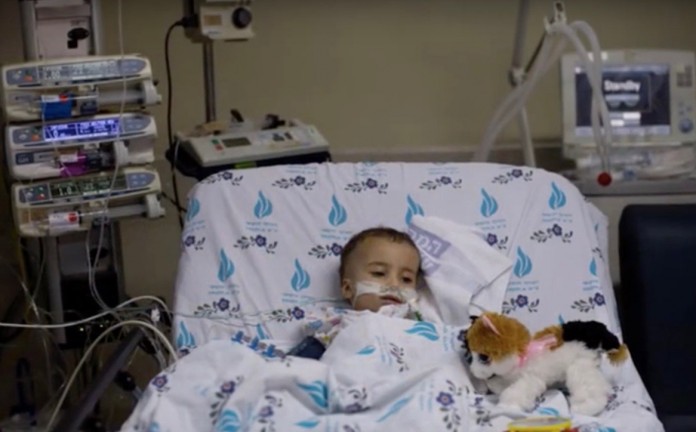 In an escalation of the feud between Palestinian factions Hamas and Fatah Tuesday, Hamas blamed the Fatah-controlled Palestinian Authority (PA) for the deaths of three infants who were denied entry by the PA for treatment in Israeli hospitals.

“The behavior of [PA President] Mahmoud Abbas in stopping the medical transfers for Gaza’s sick, which has led to the martyrdom of a number of children, constitutes crimes against humanity,” Hamas spokesman Sami Abu Zurhi posted on Twitter.

“We call for a greater humanitarian movement to save Gaza and stop the Abbas-Netanyahu scheme to strangle Gaza,” Abu Zurhi wrote, referring to Israeli Prime Minister Benjamin Netanyahu, who has said he considers the matter an internal Palestinian dispute.

According to the Hamas-run health ministry, three infants died in Gaza hospitals within 24 hours and more were in danger of losing their lives if they would continue to be denied medical referrals by the PA to be treated in Israel. The PA normally issues permits and pays for the treatment of Gazans in Israel.

“There are a number of infants facing the same fate in the coming hours in Shifa Hospital, as well as in al-Nasr Children’s Hospital and al-Rantissi Children’s Hospital,” said Gaza’s deputy health minister, Yusuf Abu Rish, The Times of Israel reported.

In recent months, the PA has stepped up financial and political pressure on Hamas in order to force the Palestinian terror group to cede control of Gaza, which it has ruled since ousting the PA in 2007. The PA has reduced its funding of electricity and medical aid for Gaza, in addition to slashing the salaries of Gaza-based PA employees.