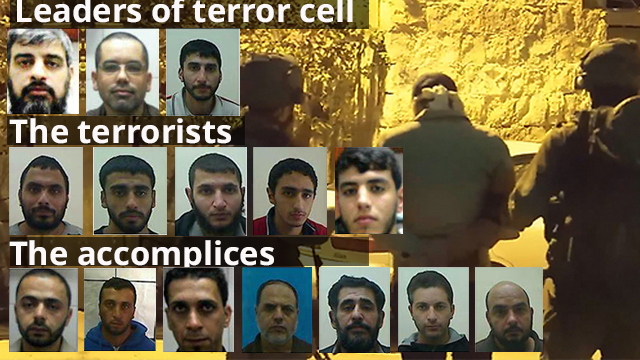 The Shin Bet (Israel Security Agency) has uncovered a terror cell of more than 20 Hamas members from the Shechem area in the West Bank who had recruited four suicide bombers to carry out attacks in crowded locations in Haifa, Yerushalayim and different bus stops, it was announced.

Most of those arrested have served time in Israeli prison in the past for terror activity against Israel. The cell built bombs for their planned attacks and bought M16 assault rifles. They received support from a wide network of accomplices.

A senior ISA official said, “This investigation reveals, once again, the efforts that Hamas is investing in creating terror infrastructure in Yehuda and Shomron to carry out attacks against Israelis.”