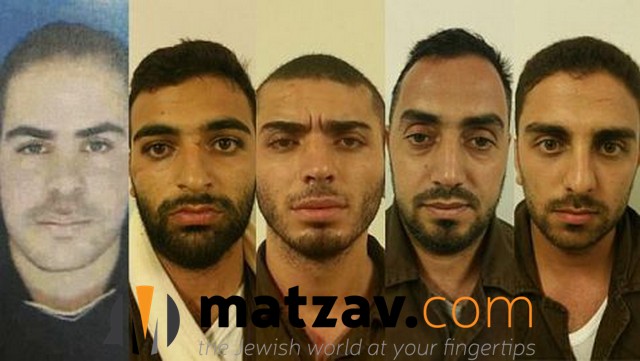 Four members of the Hamas terror organization have been sentenced to life in prison by an IDF military tribunal in Samaria. The terror cell was convicted on charges of murdering Rabbi Eitam and Na’ama Henkin in October 2015. A fifth member of the Shechem-based cell was found guilty but has not yet been sentenced, and two others await trial.

Yahia Abdullah Hajj-hamad, Samir Qusah, Karem Razik; and Amjad Aliwi, were among the five terrorists responsible for the ambush and murder of the Henkin couple. They were shot while driving their car near the Itamar community in Samaria, as their four children sat in the back seat. Eitam, son of the American-born educators Rabbi Yehuda and Chana Henkin, was a U.S. citizen.

The murder of their parents, witnessed by Matan, 9, Nitzan, 7, Netta, 4, and four-month-old baby Itamar, shook the Jewish nation both in Israel and in the Diaspora.

The four terrorists were sentenced to two consecutive life sentences and an additional 30-year prison term each. Zeid Jamil Amar, the fifth member of the terror cell hasn’t been sentenced yet.

The Shin Bet domestic intelligence agency (Israel Security Agency) said in a statement that the terrorists are also responsible for several other shooting attacks that took place in Samaria in August 2015.

The judge said that it was the “carefully planned and cold blooded nature of the killing, in which every member of the squad played a vital role,” that swayed the military judge to issue a harsh and uniform sentence to all the terrorists, regardless of who pulled the trigger.

Shin Bet officials have suggested the children were only spared from death due to the fact that one member of the cell accidentally shot his fellow terrorist, causing him serious injury and prompting him to drop his gun at the scene and flee.

It was that gun and “friendly fire” that helped the Shin Bet and IDF identify and capture the killers in a Shechem hospital a few days later.