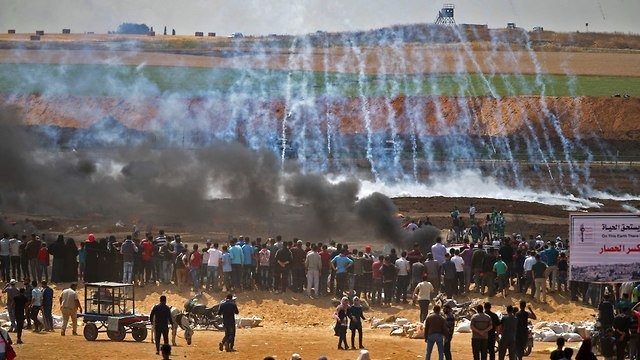 Hamas officials said Thursday that their group will only agree to an Egypt-mediated ceasefire with Israel after massive protests planned on the Gaza Strip border with Israel this weekend to mark a year since weekly disturbances started.

Three Hamas officials familiar with the negotiations said that the Egyptians had offered Hamas a series of measures to ease the blockade on Gaza. In exchange, Hamas would have to pledge to halt rocket fire and keep protests along the Israeli border under control.

The officials said the deal would only take effect after the planned mass demonstration along the Israeli border.