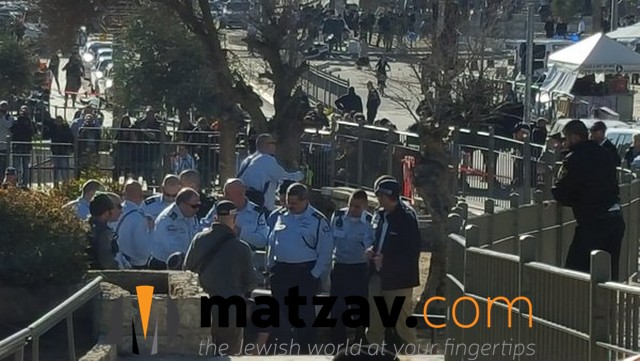 It hails the three “martyrs” for “overcoming the [army] checkpoints” from their West Bank homes near Jenin.

But the terror group stops short of taking credit for the attack.

The policewoman who was critically injured in the attack, sustaining head wounds among other injuries — is “fighting for her life,” the head of the Hadassah Mount Scopus hospital tells Channel 2.

The second cop is stable, after sustaining wounds throughout her body and face.