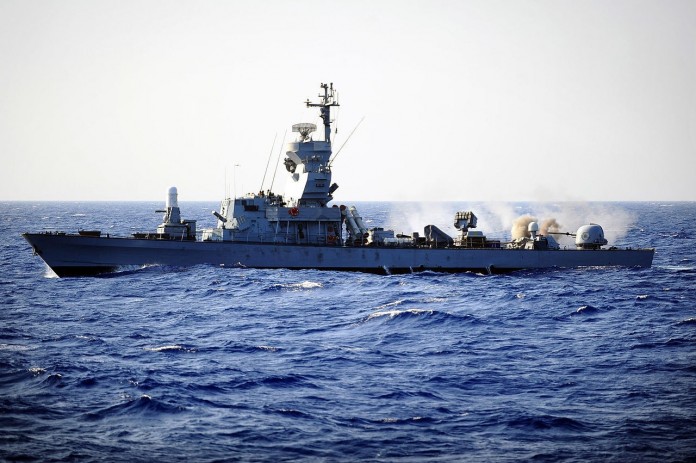 Hamas in Gaza has received Iranian operational instruction on preparing swarm-like boat attacks for clashes with Israel, according to a senior Israel Navy source, Yaakov Lappin reports for the Jerusalem Post.

“Hamas is building up its ability to cause much damage from sea-based attacks,” he said.
“It is improving its diving commando units, and creating sea forces that are much more capable than they were before….They will try to attack our vessels with swarms.”

The navy has responded by planting more sonar sensors underwater, and practicing a set of fast responses for when suspicious activity has been detected.

Hamas is also expected to resume attempts to smuggle rocket-building materials from Sinai to Gaza via boat. “As Egypt continues demolishing tunnels between Sinai and Gaza, we expect an increase in sea smuggling attempts,” the source said.

The Israel Navy’s Squadron 916 uses a Protector unmanned sea vehicle to help enforce the 6-nautical-mile fishing zone off the Gazan coast. “The future is here. The Protector can fire, it can monitor,” the source said.