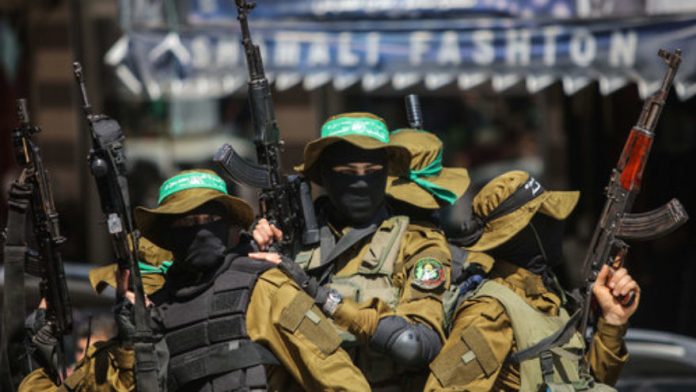 Hamas is playing a dangerous game. The terror organization is illegally and indiscriminately firing Iranian-provided rockets at Israeli civilian centers. It hopes to provoke Israel into reacting as Israel has before: with short-term, withering Israel Defense Forces (IDF) military action that delegitimizes Israel while perversely strengthening Hamas.

The threat emanating from Gaza in Israel’s south has, to date, appeared far more manageable than Hezbollah’s massive, highly sophisticated missile arsenal on its northern border. This may no longer be the case. The attacks Israel has endured this past week are different in intensity and sophistication than past attacks, indicating that Hamas’ arsenal is more dangerous than ever before.

These developments may lead Israel to throw out the normal playbook and choose to eliminate Hamas’ capability to perpetuate this threat. And while a broader military campaign to achieve this strategic objective would almost certainly trigger widespread international condemnation, Israel would be well within its rights under international law based on this ever-present threat.

The effectiveness of the Iron Dome defense system has protected Israeli civilians and allowed Israel the strategic space to avoid a much more destructive ground offensive in Gaza to eliminate the Hamas threat. However, the capability of Iron Dome is not unlimited, and Israel cannot afford to confront a missile threat of equal magnitude on both its southern and northern borders. At what point will the IDF tell Israeli leaders that destroying Hamas’ capability at its root source is the only viable option to secure and defend the nation?