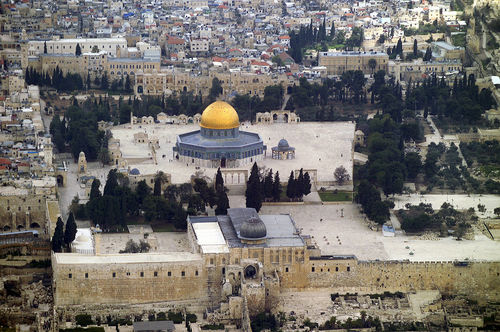 Hamas threatened “repercussions” over Jewish visits to the Har Habayis – what the Arabs call the Al-Aqsa mosque compound – in a warning issued today, days before the start of the Yomim Noraim when visitor numbers increase, AFP reports.

Mahmud Zahar, a senior member of the Islamist group which rules Gaza, warned “the continuation of the Zionist aggression and their brutality against Jerusalem and the holy shrines will be the cause of a major battle.” Speaking in a rare press conference in Gaza’s Omari mosque, Zahar alluded to Palestinian concerns that a longstanding convention by which Jews may visit but not pray in the compound was being covertly flouted. He said Israel would be held “fully responsible for the repercussions of these violations.”

All preeminent poskim have forbade ascending the Har Habayis.