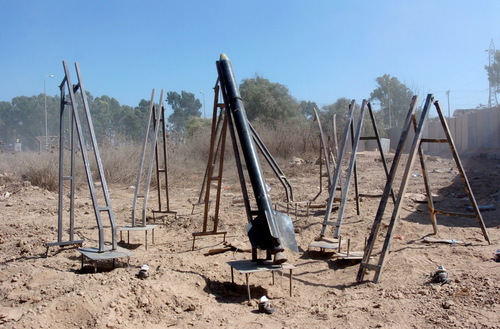 Code Red alerts were set off around 7:20 a.m., but were soon declared false alarms by the IDF Spokesperson’s Unit, due to the rockets’ trajectory taking them away from Israeli territory.

The rockets were fired from the northern Gaza Strip and landed in open waters off the Gaza coast. Some reports indicated that the launches were part of a Hamas weapons testing exercise.

On Monday, rocket sirens that sounded in the Sha’ar HaNegev and Sdot Negev regional councils near the Gaza border were also declared to be false alarms.

On Sunday, reports indicated that representatives of Israeli regional councils near the Gaza border are looking into issuing an independent appeal to the United Nations against Hamas after suffering some 100 fires sparked by incendiary balloons launched from the Gaza Strip in just one week.

Residents also expressed outrage that the Israeli government has not done more to protect and support their region.