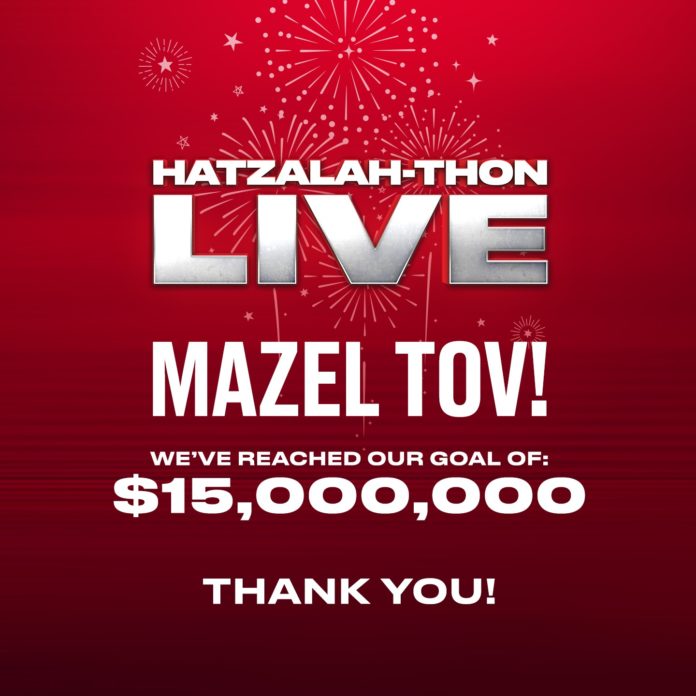 Moments ago, the Hatzalah-Thon fundraiser reached the astounding goal of fifteen million dollars. The past forty-eight hours has seen one of the most uplifting displays of Jewish unity, gratitude, and generosity in recent memory. Over 80,000 Jews from all walks of life came together to show their appreciation for the unsung heroes in their communities, the Hatzolah volunteers who risk their health every single day to save the lives of their fellow Jews.

On of the main members of the central Hatzlaah as well Chezky Kauftheil from Dialyze Direct had the unique distinction of giving the final contribution that tipped the scale to fifteen million.

“This public, forceful statement of love is long overdue,” said Berel Junik of United for Protection, the group behind the fundraiser.

“We must mention Chèvre Hatzalah who have Co sponsored this phenomenal event and who provided indispensable  backing and support, rallying almost 50 individual Hatzalahs to join together. This success would be unimaginable without Isaac stern, Zelig Giteles, Abraham Wurzberger, and Bentzi Leibowitz.”

Originally catered to the Hatzalahs of North America, the campaign quickly gained steam and elicited the interest of international Hatzalahs from South Africa to Europe.

The event drew millions of viewers throughout the twenty-four hours of Lag Baomer and was noted for its emotional intensity and inspirational content.

“I was crying from the beauty of it,” one Hatzalah volunteer from Belgium shared. “I have never before felt so connected with my fellow Jew.”

The Hatzalah-Thon, a dizzyingly complex event organized in two weeks, has the distinction of marking the first time tangible unity was created in the extended Hatzalah family.

While Hatzalah volunteers the world over have always felt an affinity for one another, they have been organized into a united entity until this past week.

“It’s a lesson for us all,” Junik concluded.
“Achdus is our answer to the current crisis. If we accomplish one thing, let it be the knowledge that we can unite across every imaginary boundary. All Jews. As one.” 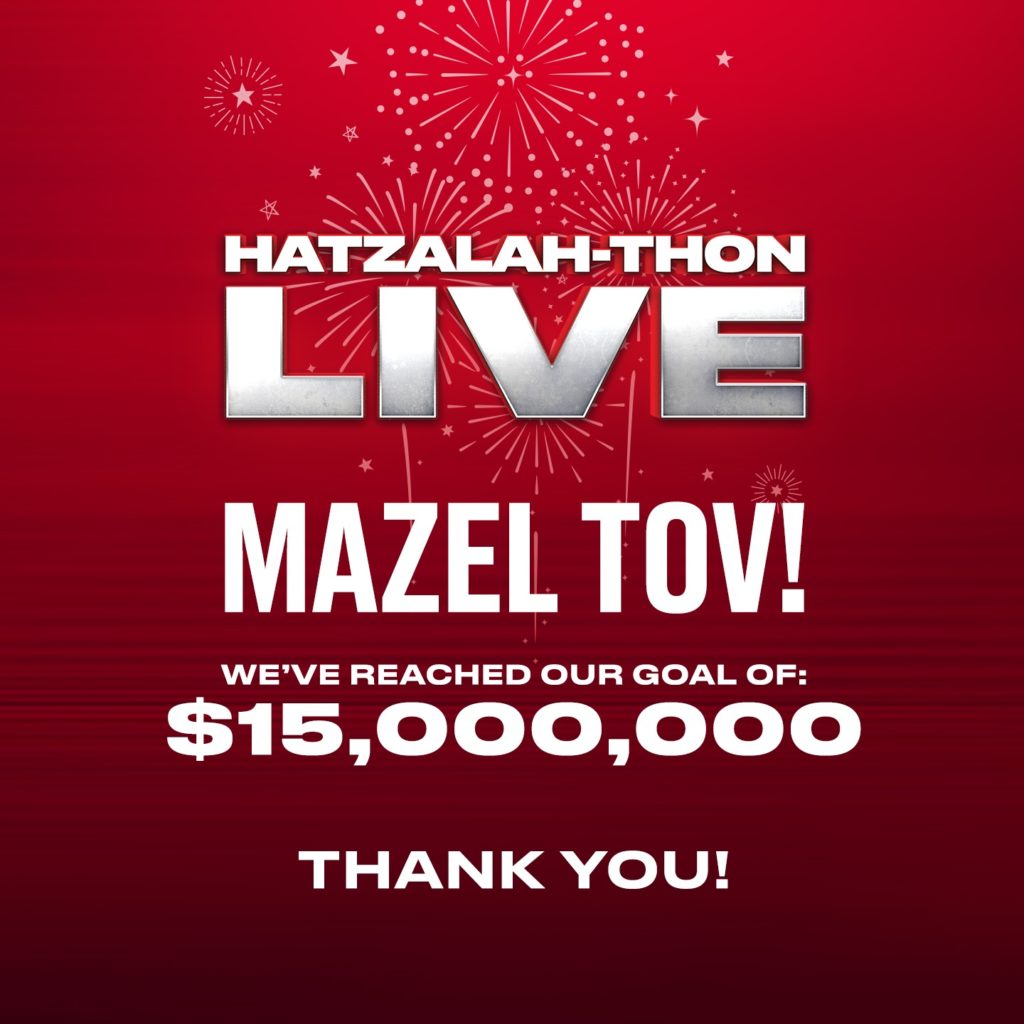