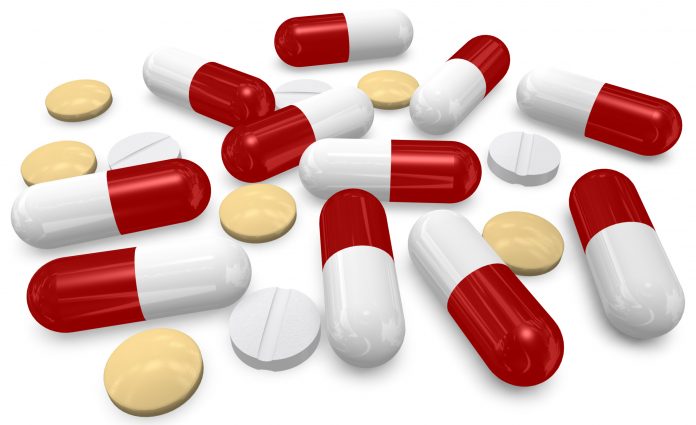 The next time you take a pain reliever for that headache, you may want to consider your posture.

Researchers at Johns Hopkins University have found whether you’re standing upright or leaning, as well as which side you’re leaning to, could affect how fast the contents of a pill are absorbed into your body.

The bottom line: leaning to your right side after swallowing a pill could speed absorption by about 13 minutes, compared to staying upright. Leaning to the left would be a mistake – it could slow absorption by more than an hour.

Standing or sitting up straight is “still an excellent way” to take a pill, said Rajat Mittal, a Johns Hopkins engineer and the senior author of the study. But, if you’re lying down after taking a pill, turning to your right side could significantly speed up the rate at which the drug is going to be absorbed by your body, Mittal said.

Mittal and a team of researchers created a computational model of the human stomach to test what happens when people take pills while in four postures.

The model simulated a pill’s journey through the stomach to the intestine.

In the simulations, which Mittal said required about two weeks each to compute, the researchers found it took 23 minutes for the pill to dissolve while sitting upright.

While leaning to the right side it took just 10 minutes.

However, leaning to the left side it took more than 100 minutes. There was a tenfold difference between the best and worst positions, Mittal said.

A person’s posture affected the rate of dissolution of the pills in the simulations for two reasons: the inherent shape of the stomach and gravity. For most humans, with rare exceptions, the stomach hooks to the right as it connects to the intestine, and any food or liquid in the stomach isn’t absorbed until it reaches the intestines. The researchers found that when gravity works with the natural pathway from the stomach to the intestines, the pill traveled at a faster rate toward the intestines, and absorption.

The study doesn’t mean you should lean to the right or lie down every time you take a pill. Some drugs, particularly those that cause gastrointestinal side effects, come with instructions to stay upright after taking them. And drug manufacturers typically assume you’re upright when you swallow a pill.

The Johns Hopkins research is part of a growing number of studies that use computational models to artificially re-create the different processes in the human body. The study was published in August in the journal Physics of Fluids.

In the real world, the study eventually could help doctors better prescribe drugs to patients with disabilities or who are bedridden and can’t stand or sit upright after taking a pill.

The model also found a person’s posture can have “as big of an impact” on digestion as gastroparesis, a condition that impedes the normal function of the stomach’s muscles to push food through the digestive tract, Mittal said.

Werner Weitschies, a professor at the University of Greifswald’s Center of Drug Absorption and Transport, called the study “the most advanced paper” that simulates the process of the gastrointestinal system. The research will help academics, like himself, to continue to examine the dissolution of pills in the human body but it’s too early for people to draw conclusions for everyday life because the actual process is “very complex,” Weitschies said.

“In terms of computational science, it’s a huge step forward,” he said. But, “one should be careful about what conclusions can be drawn at the moment from running such a computation with one model.”

To Mittal, every kind of model – in the lab or based on animals or humans – has its limitations. In real life, the stomach mixes and grinds food and liquid; at any given point, there could be a different amount of food or gases that could impede or slow down a pill.

In the Johns Hopkins study, the researchers assumed the stomach contained just one liquid – water, juice or milk, for example – instead of a mixture of food and stomach acid. Mittal said it’s the same assumption the drug companies make in their tests.

“Ultimately, it is very difficult to really explore all of the different combinations of foods that people might have eaten when they’ve taken a pill,” Mittal said.

The simulation also assumed one standardized version of the stomach – stomach shapes can vary, especially by age – and the test used one specific type of pill, a solid pill of salicylic acid, which had a higher density than the fluid in the model, making it so the pill could sink. In the future, Mittal said he plans to test other shapes and sizes of pills, such as capsules or tablets.

There’s still a long way to go in developing computational models such as the simulated stomach Johns Hopkins built, but Jae “Mike” Lee, a lead author on the study who’s now a pharmaceutical scientist at the Food and Drug Administration, said the “ultimate goal” is to create simulations that can be used to test various conditions and more – which would otherwise be expensive or difficult to test in real life.

For now, Mittal said, there’s one clear takeaway from the research: “The key is posture matters.”