Twelve years after the “war on terror” began, President Barack Obama wants to pull the United States back from some of the most controversial aspects of its global fight against Islamist terrorists.

In a major policy speech on Thursday, Obama narrowed the scope of the targeted-killing drone campaign against al Qaeda and its allies and took steps toward closing the Guantanamo Bay military prison in Cuba.

He acknowledged the past use of “torture” in U.S. interrogations; expressed remorse over civilian casualties from drone strikes; and said that the Guantanamo detention facility “has become a symbol around the world for an America that flouts the rule of law.”

After launching costly wars in Iraq and Afghanistan, the United States is tiring of conflict. While combating terrorism is still a high priority for the White House, polls show by large margins that Americans’ main concerns are the economy and domestic concerns such as healthcare.

“We have now been at war for well over a decade,” Obama said near the start of his address. Toward the end, he added: “But this war, like all wars, must end.”

Though aimed first at a domestic audience, Obama’s speech at Washington’s National Defense University was also the latest milestone in his campaign to reshape the global image of the United States – particularly in the Islamic world.

But he faces obstacles from opponents in Congress who will try to block the closure of Guantanamo prison and reject his call to repeal the Authorization for Use of Military Force passed right after the September 11, 2001, attacks. The law is the legal basis for much of the “war on terror.”

Faced with criticism about civilian casualties in attacks by unmanned aerial vehicles, Obama said the United States would only use those drone strikes when a threat was “continuing and imminent,” a nuanced change from the previous policy of launching strikes against a significant threat.

That would subject drone attacks to more scrutiny from Congress and might lead to the Pentagon taking over drone operations in Yemen, but not in Pakistan, where the CIA is likely to continue to run the program. 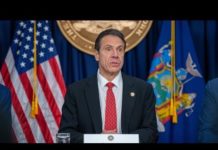 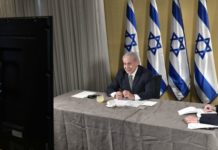 Leave a Reply to Will. Cancel reply