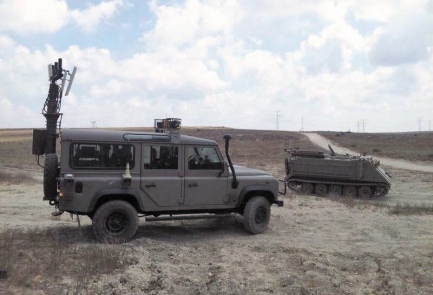 Robots will not replace soldiers on future battlefields, but will make their missions more efficient and less risky, the head of the Robotics Division in the IDF Ground Forces told The Algemeiner on Tuesday.

“I don’t think there will ever be a robot war,” Lt. Col. Leon Altritz said. “There will always be soldiers on the ground, in one way or another.”

“Robots are just tools that enable soldiers to make wiser decisions and keep them out of danger,” Altritz explained. “A soldier operating a robot from the rear makes more level-headed choices than a soldier under fire on the front line.”

According to Altritz, the two main current jobs of robots in the IDF are bomb disposal and border protection.

“In general, robots serve us in all the dirty, monotonous and tough missions,” he said. “For example, during border patrols, soldiers get bored and sleepy, whereas a robot can operate around the clock and doesn’t get tired or distracted.”

Earlier this month, Fox News reported, the IDF was planning to deploy fully autonomous vehicles on Israel’s border with the Hamas-ruled Gaza Strip.

Robots, Altritz told The Algemeiner, have greatly reduced the risks involved in bomb disposal — long one of the most dangerous tasks faced by IDF soldiers.

“Instead of putting a soldier in jeopardy, we dispatch a robot he operates remotely, keeping him safe,” he said.

Due to concerns about revealing classified information, Altritz declined to go into detail about how robots influence IDF combat strategy.

Altritz said he believed the Israeli military was “among the world leaders” in the realm of robotics.

Furthermore, he added, “If we talk about the civilian world and autonomous vehicles, most of the development centers, such as those of General Motors and Mobileye, are located in Israel. I think this indicates where Israel stands in this area.”