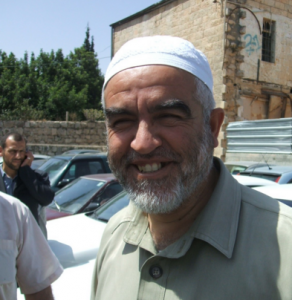 The leader of the Islamic Movement in Israel, Raed Salah, had his appeal rejected in a Yerushalayim District Court on Tuesday and will now serve an 11-month prison sentence for incitement.

The fiery Arab leader attempted to appeal a conviction for a speech he gave in 2007.

“In spirit and blood we will defend Al-Aqsa,” Salah shouted during a court appearance two weeks ago, the Jerusalem Post reported.

Salah recently called on Jordan to bar Jewish visitors from the Temple Mount and accused Israel of seeking to destroy the Al-Aqsa mosque to “build an imaginary temple on its ruins.”

The Islamic Movement in Israel, which has ideological ties with the Muslim Brotherhood and the Hamas terror group, has been blamed by Israeli leaders for stoking the incitement behind the recent wave of Palestinian terrorism. As a result, Israeli Prime Minister Bibi Netanyahu has supported a bill seeking to outlaw the northern branch of the Islamic Movement.