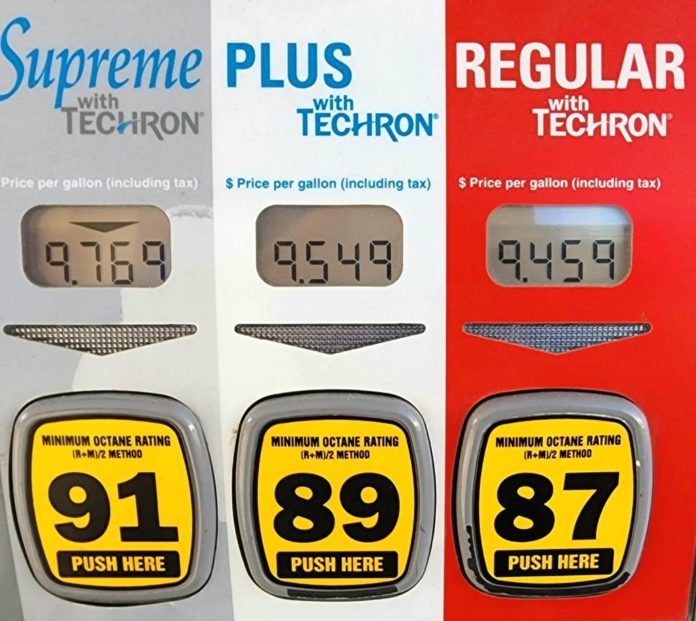 The Biden administration, under pressure in recent months over soaring fuel prices, announced a plan to give Americans a three-month break on the federal gas tax.

The proposal, which would need congressional approval, is meant to offer a reprieve to motorists struggling to afford gas that shot to an average of $5 a gallon last week. But the idea was met with skepticism from lawmakers in both parties. Economists are also lukewarm on the idea. Many are unconvinced that putting the federal gas tax on hold would bring prices down. They worry it would be a costly giveaway to the oil industry that ultimately aggravates the energy shortage.

How would it work at the pump?

The White House plan would suspend for three months the federal tax of 18 cents on each gallon of gasoline and 24 cents on each gallon of diesel. The administration is also calling on states to suspend their gas taxes, which can add another 25 cents to the prices at gas stations. But there is considerable debate over whether those savings would get passed on to consumers.

At the moment, there is a serious shortage of refineries available to make gas and diesel out of crude oil. That is driving up prices at the same time demand is surging.

Knocking the price down with a suspension of the tax will drive demand up further, without creating any additional supply. Economists, including Jason Furman, a top economic adviser during the Obama administration, warn that will merely push prices up, enabling refiners to increase their profits as drivers see little to no relief.

How would it affect the economy?

The Biden administration argues the move would give a boost to the economy and “provide working families breathing room.” Others have serious doubts.

Beyond the problem of the tax break possibly benefiting oil companies more than consumers at the pump, it also drains $10 billion of gas tax revenue out of the nation’s Highway Trust Fund. That is money badly needed to invest in roads, bridges and other public works at a time America’s infrastructure is suffering neglect. The White House is suggesting those funds get backfilled with other federal money, but it offered no specifics.

The other problem is one of supply and demand. Economists generally agree that demand needs to ease, and people need to drive less, to meaningfully bring down the cost of gas. Artificially lowering the price without bringing any more fuel into the market sends a signal to drivers to get on the road more, aggravating and extending the fuel shortage.

Why are both congressional Democrats and Republicans skeptical?

Republicans call the move a gimmick that won’t do much to help drivers. It’s a rare point many Democrats agree with them on. Before the White House announcement, House Speaker Nancy Pelosi had waved off the idea as “showbiz” and warned the savings would not necessarily help consumers.

Populist lawmakers and pundits on the left and the right call the plan a gift to big oil companies.

Republicans are pushing to ramp up oil and gas production by scrapping certain environmental rules and speeding up permitting for pipelines and other fossil fuel infrastructure. Analysts say their proposal would bring little immediate relief to consumers.

If this fails, what else can be done to bring down gas prices?

Not much in the near term.

President Joe Biden has now pulled out almost every tool available to him. He has released 1 million barrels of oil a day from the Strategic Petroleum Reserve. He has relaxed environmental rules on ethanol blending. He has called for oil companies to drill more and give up some of their refining profits. None of it has helped much with prices.

The one thing that did finally stabilize the cost of gas – at least for now, as it hovers around $5 a gallon – was the dismal economic news over the last week. The plunging of the stock market following the Federal Reserve’s hike in interest rates rattled oil markets, which worry demand will fall if the economy sours further.

Many economists and oil analysts argue the only thing that will deflate gas prices at this point is a further downturn in the economy. That, or a sudden resolution to the war in Ukraine that would bring Russian oil and gas back into the market.

Has this ever been done?

Only once. It was in 1934. Congress cut half a cent off the gas tax as Prohibition ended. Legal booze was back on store shelves, so the federal government could make up the lost revenue by taxing it.

A gas tax holiday has been talked about a lot over the years. In 2008, when inflation-adjusted gas prices spiked even higher than they are now, presidential contenders John McCain and Hillary Clinton both floated the idea of a gas tax break. The ultimate victor in that race, Barack Obama, dismissed a gas tax holiday as a gimmick.

Why just three months – will things be better then?

But gas prices do generally tend to dip after Labor Day, once the summer driving season comes to a close. This summer is particularly challenging, with so many Americans feeling cabin fever after two years of pandemic isolation. The spike in demand has been keeping prices high.

Oil market analysts say once drivers get their fill of travel, demand will drop and so will prices. There are some signs of “demand destruction” – the cost getting so high that demand drops – in some of the most expensive markets. But whether that trend will last, and when it might take hold on a broader scale, is anyone’s guess.