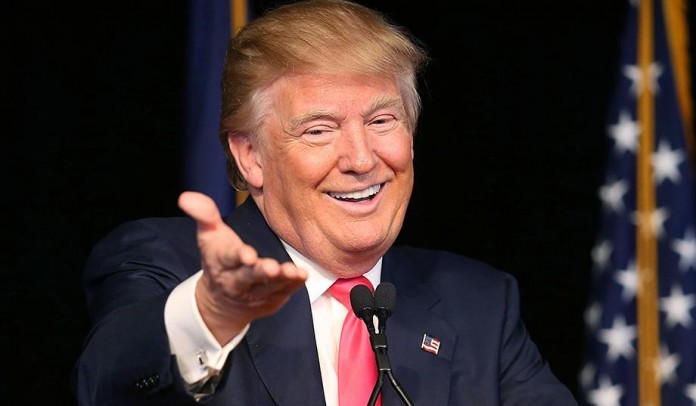 Megyn Kelly’s highly anticipated broadcast interview with Donald Trump airs Tuesday. And after a number of teasers and a few deductions, we can already draw some conclusions.

Fox announced the sit-down April 25 and aired the first promo with interview footage on May 6, so Kelly and Trump presumably taped their conversation sometime during the 10-day interim. Both discussed the meeting publicly this week, and Kelly played some clips on her prime-time cable show. Here’s what we know – and what we can infer.

“Let’s talk about us,” Kelly says with dramatic flair in the promo for “Megyn Kelly Presents,” which includes interviews with other news-makers, too.

“I wasn’t so fond of you at the time, I will tell you,” Trump replies, referring to the storm of criticism he unleashed after Kelly questioned his presidential “temperament” and comments about women as a debate moderator last Aug. 6.

It’s unclear how much of the session is devoted to this subject, but the months-long (and basically Trump-instigated) conflict between the “Kelly File” host and the presumptive Republican presidential nominee is the main hook. In an appearance on ABC’s “Live with Kelly and Michael” this week, Megyn Kelly said she asked Trump to explain why he was so bothered by that question, in which Kelly cited some of his previous, nasty remarks about women.

“We get into that,” she said. “You know, I asked him about words he has used about women. Everything I said came from his mouth. Andy my point was not to pass Megyn Kelly’s judgment on his language; it was to say, ‘Hillary Clinton is the likely Democratic nominee. You know she’s going to hit you with this. You have a long history of making these comments about women. She’s going to hit you with this. So why should these Republicans make you the nominee?'”

The interview airing Tuesday was borne of an April 13 meeting at Trump Tower that surprised the rest of the media – and the doorman, as Kelly joked on her program that evening.

Kelly also told viewers at the time that she and Trump “had a chance to clear the air,” which seemed to suggest some kind of preliminary discussion of the real estate mogul’s insults.

But Kelly told Jimmy Fallon on NBC’s “Tonight Show” this week that the taped interview was actually the first time the subject came up. She said she didn’t go there during the initial meeting.

“I didn’t ask him about any of the tweets or any of the things he’d said, because I was looking to move past that,” Kelly said. “You know, I didn’t want to go to the acrimonious place. So we had a normal conversation, like candidate and reporter. Then we sat down together for an interview, and in that interview we do talk about what happened.”

Trump comes away with new respect for Kelly

In a statement to People magazine this week, Trump said, “I have great respect for the fact that Megyn was willing to call me. Few people would have been able to do that.”

And in an interview excerpt Kelly aired on her show Monday night, he says something similar: “I have great respect for you, that you were able to call me and say, ‘Let’s get together, and let’s talk.’ To me, I would not have done that. I don’t say that as, you know, a positive; I think it’s a negative for me. And you walk into Trump Tower. We didn’t [meet] on a neutral site or over at Fox or something. That would be a whole different thing, and I wouldn’t have done it.”

Respect is one thing; apologizing is another. We know that Trump never says “sorry,” and this was no exception, Kelly revealed in a Q&A with Time magazine this week.

PHIL ELLIOTT: Did he apologize?

KELLY: No. No apology was requested, either.

Besides not saying “sorry,” Trump also makes no promise that the ceasefire will last. In fact, an interview clip shows him warning Kelly that “this could happen again with us – even doing this particular interview.”

Kelly raises her eyebrows in surprise. Trump’s willingness to do the interview at all seemed to indicate he was ready to move on, but he makes clear in the conversation with Kelly that he’ll only play nice so long as he believes he is treated fairly.

“I have to keep my options open,” Kelly told Variety last month, referring to the expiration of her Fox News contract after the election. Giving Kelly a special on Fox broadcasting, as opposed to her regular home on cable, could be part of the company’s effort to keep her.

In the Time interview this week, she described her dream job: “A little Oprah, a little Charlie Rose and a little me.”

That’s pretty vague, but it doesn’t sound quite like “The Kelly File.” “Megyn Kelly Presents” could be the start of something bigger, and the Trump interview is a big part of what’s ahead.

Trump warns Kelly in the interview that he might come after her again, but he hasn’t said anything mean about her in more than a week since the taping, so it seems safe to assume that they left on good terms.

And it’s worth noting here that it was never just about Trump and Kelly. The candidate routinely griped about Fox News coverage during the primary season. He briefly boycotted all of the cable channel’s shows, pulled out of one debate sponsored by Fox and forced the cancellation of another.

The Kelly accord – however fragile – seems to symbolize a new era of civil relations between Trump and the network. Lately, he has been an almost-daily presence on “Fox & Friends” in the mornings.

We shall see what comes of his big interview with her.